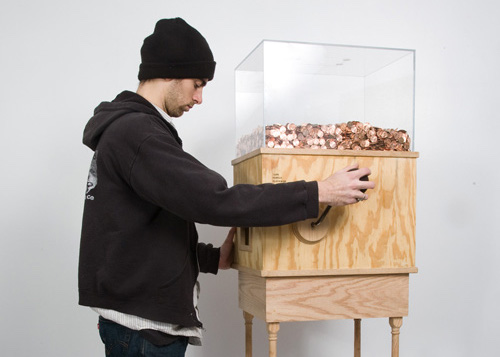 Take as much money as you want, at $7.25 an hour (current Fed minimum wage). All you have to do is turn the crank, which dispenses one penny every 4.97 seconds. Easy money, right?

This brilliant art piece by Blake Fall-Conroy provides a visceral demonstration of just how little $7.25 an hour really is. If cranking this handle starts to quickly feel not worth the effort, imagine doing an actual job and making this little. Nearly two million Americans know the feeling daily.

Image: Used by permission of the artist Read the rest 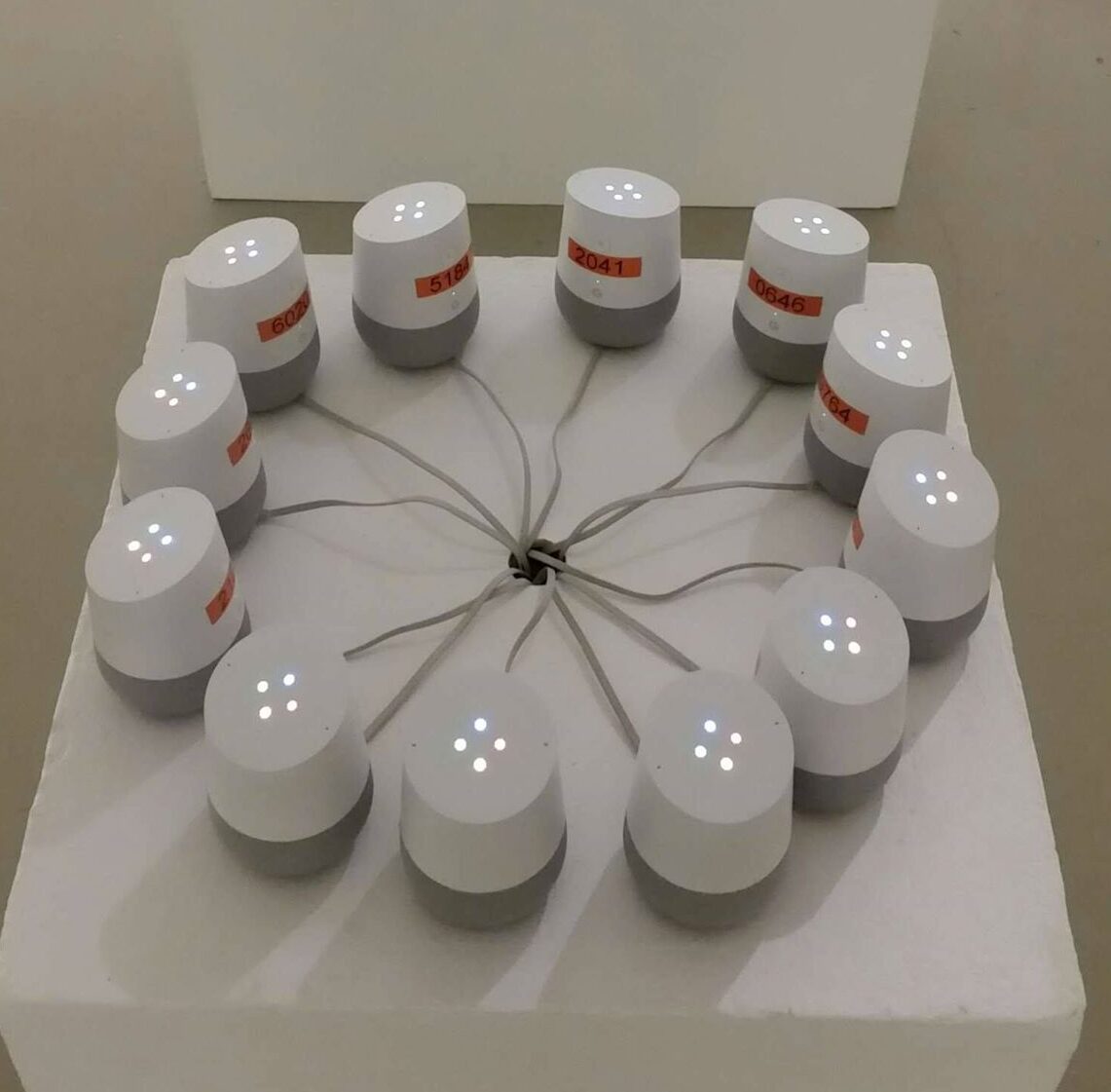 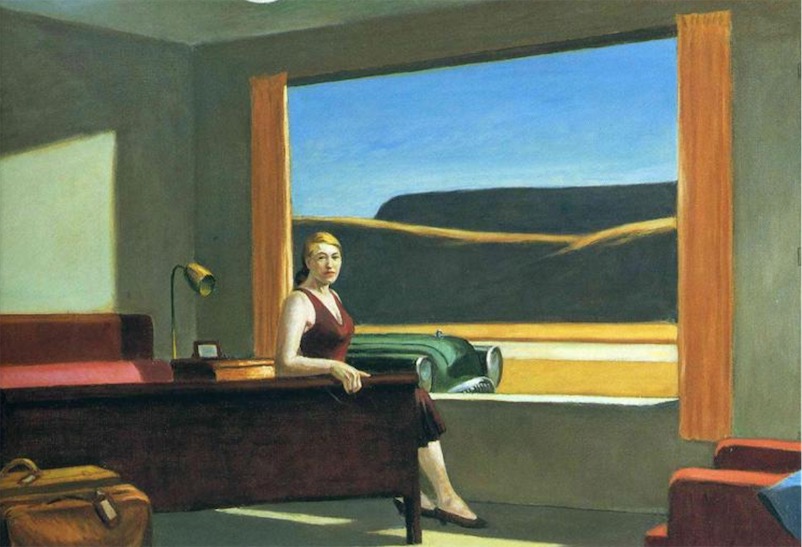 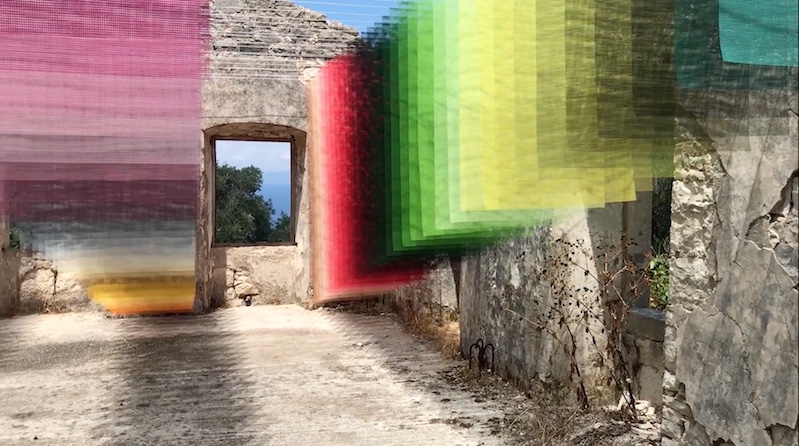 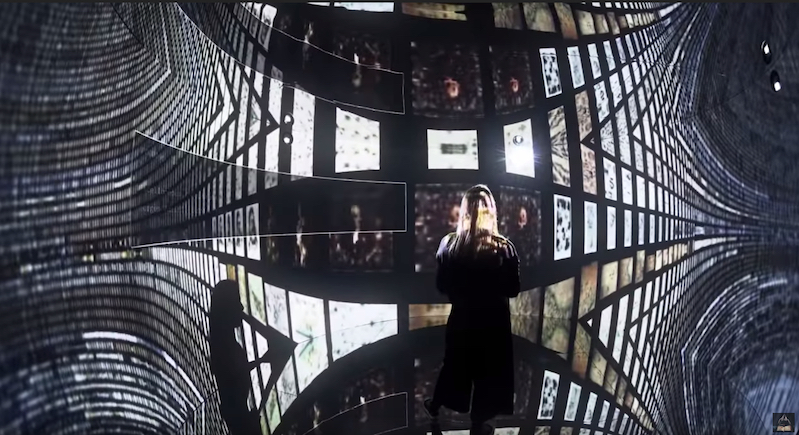 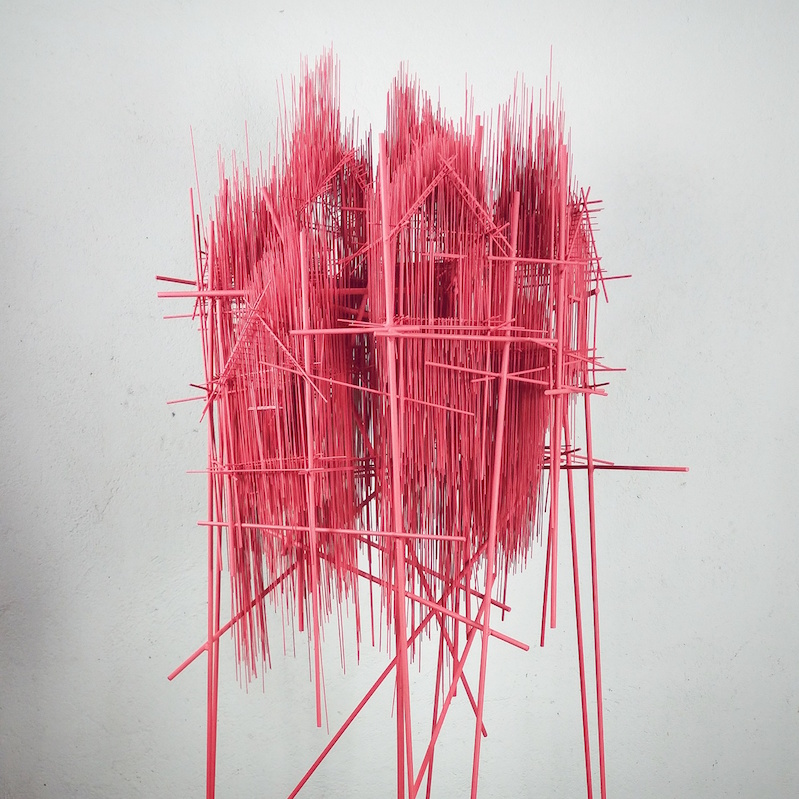 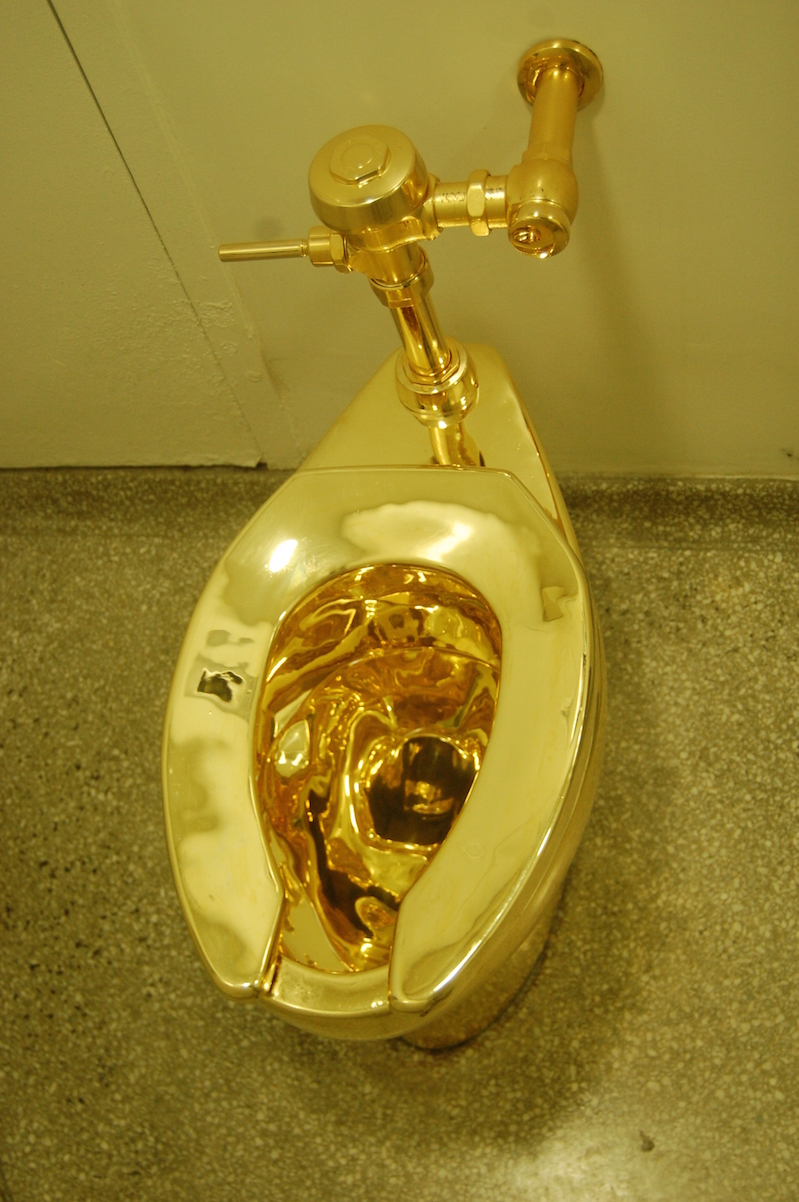 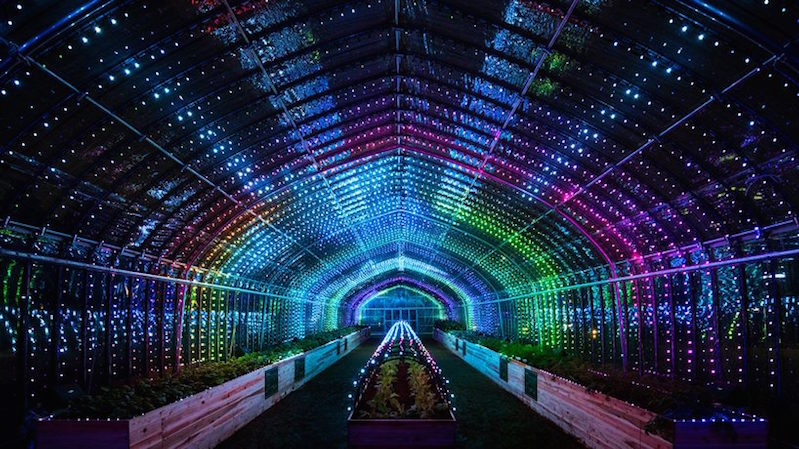 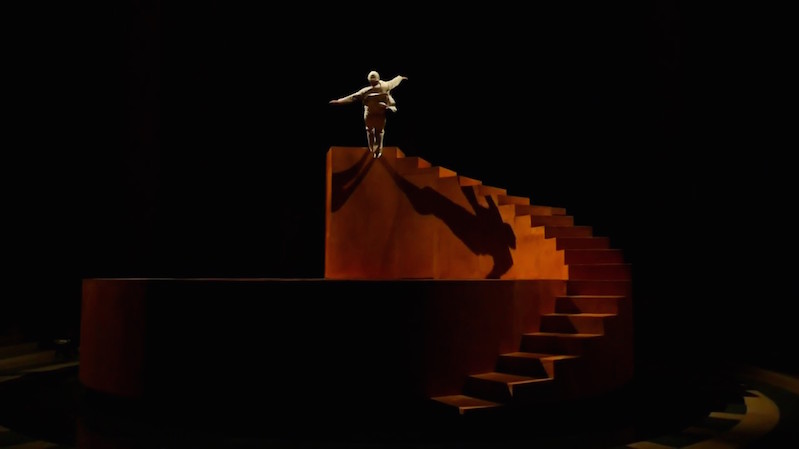 "The Mechanics of History" by Yoann Bourgeois is a marvellously simple idea perfectly executed: acrobats climb stairs around a revolving trampoline, falling languidly from the stairs in rhythm.

Here it is in daylight:

Below is an earlier exploration of the theme titled "Fugue/Trampoline":

Accompanied by Philip Glass’s moody “Metamorphosis Two” performed by Brisa on the harp, “Fugue/Trampoline” and its iterations, is perhaps what Bourgeois is most famous for. Using a nine-step staircase and a trampoline, Bourgeois resists and submits to gravity, creating a breathtaking, balletic spectacle. Beginning with a limp, careless-looking slump of his body onto the trampoline, Bourgeois’ body bounds back up to the wooden platform with the softest elegance. He repeats the exercise, embracing gravity with different strokes, hurtling, spinning or curling into a fall. When returning to the platform or a step, he always lands on his feet, more often than not regaining his vertical balance with a single foot, or just his toes. At BAM he wore an unzipped cardigan which spiraled around his body, tracing the centrifugal motion and amplifying the visual sense of flight. 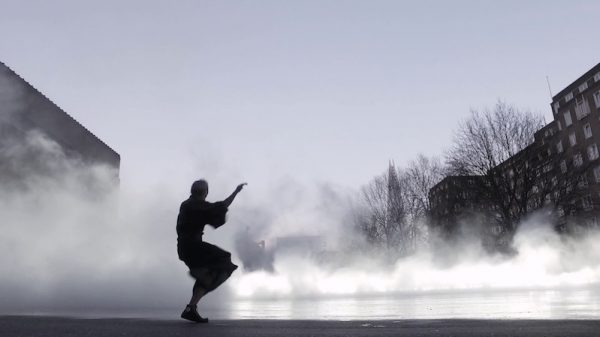 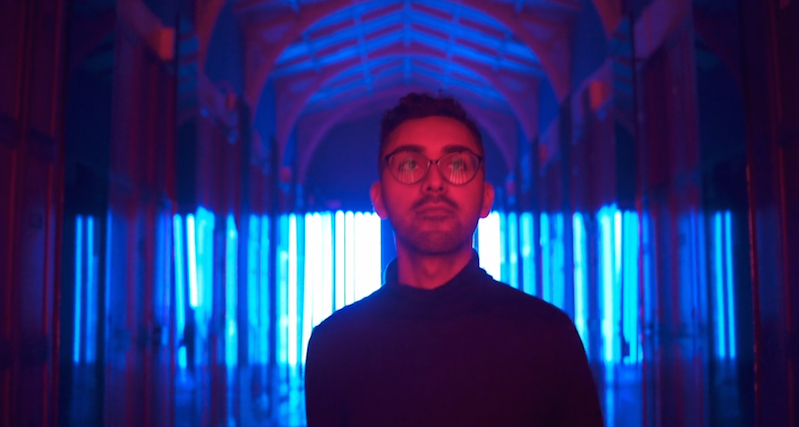 Australian-born artist Flynn Talbot is currently exhibiting Reflection Room, a large installation with cool and warm lights meant to evoke the sun setting on the ocean in his hometown of Perth. Read the rest 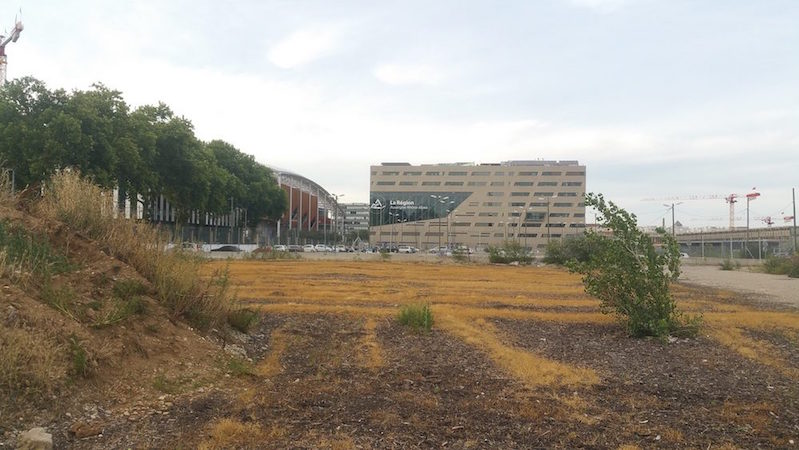 The grounds of the architectural biennial in Lyon France included Aire D’attente, an artistic revitalization of an abandoned lot that grew flax, barley, and hemp for making hempcrete. Cops destroyed it after deciding the art was a pot farm. Read the rest

Smoke-filled bubbles fall like fruits from an otherworldly tree in this beautiful installation titled New Spring. Read the rest

Art installation includes drones that stalk and record all visitors 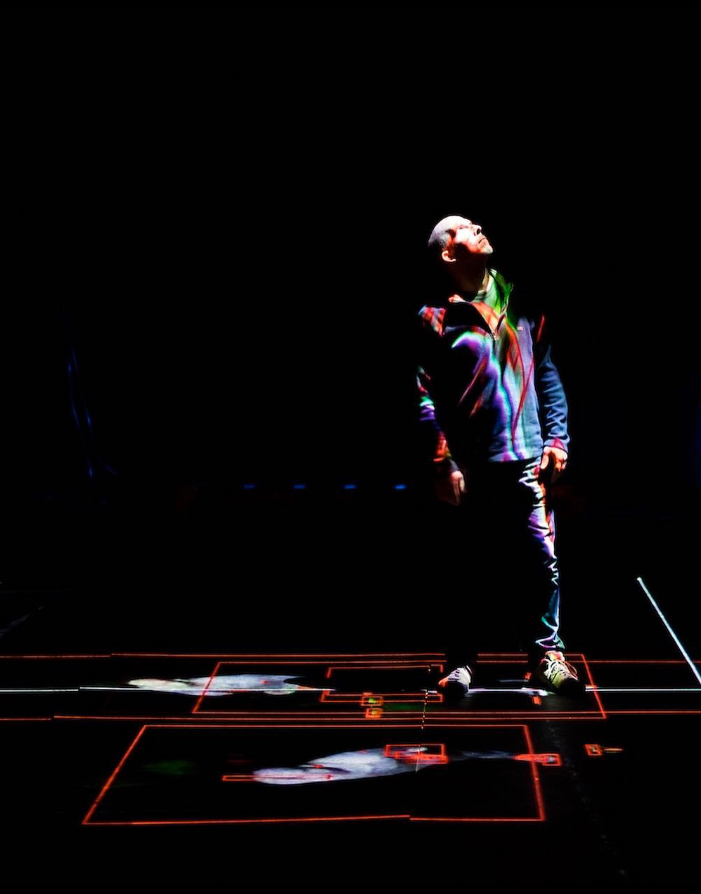 Hansel & Gretel opened this month in New York. The collaboration between artist Ai Weiwei and architects Jacques Herzog and Pierre de Meuron is a noisy dystopian nightmare projected back to visitors and broadcast live to the internet. Read the rest 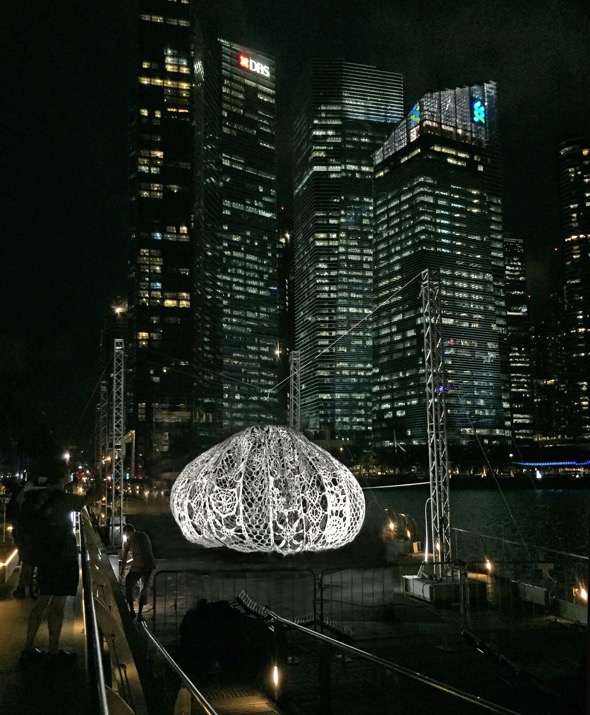