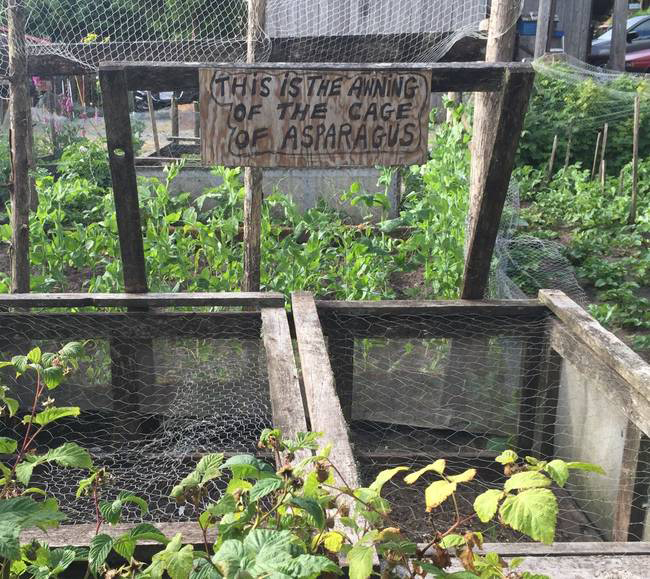 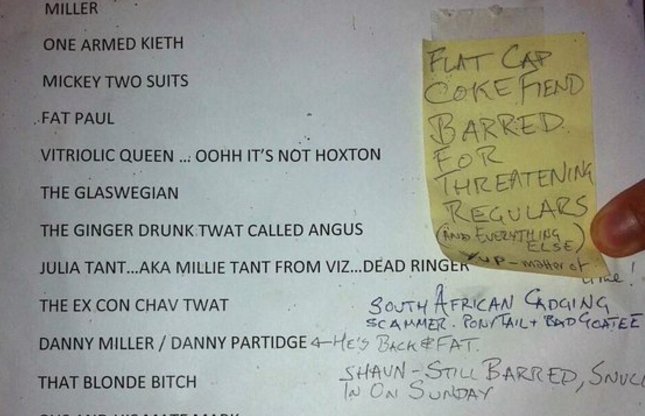 The staff of Half Moon pub in Herne Hill in south London maintain a pseudonymous list of customers who are permanently banned from the premises; their colorful descriptions are a thing of beauty. Read the rest

This frozen yogurt store offers the best discounts around 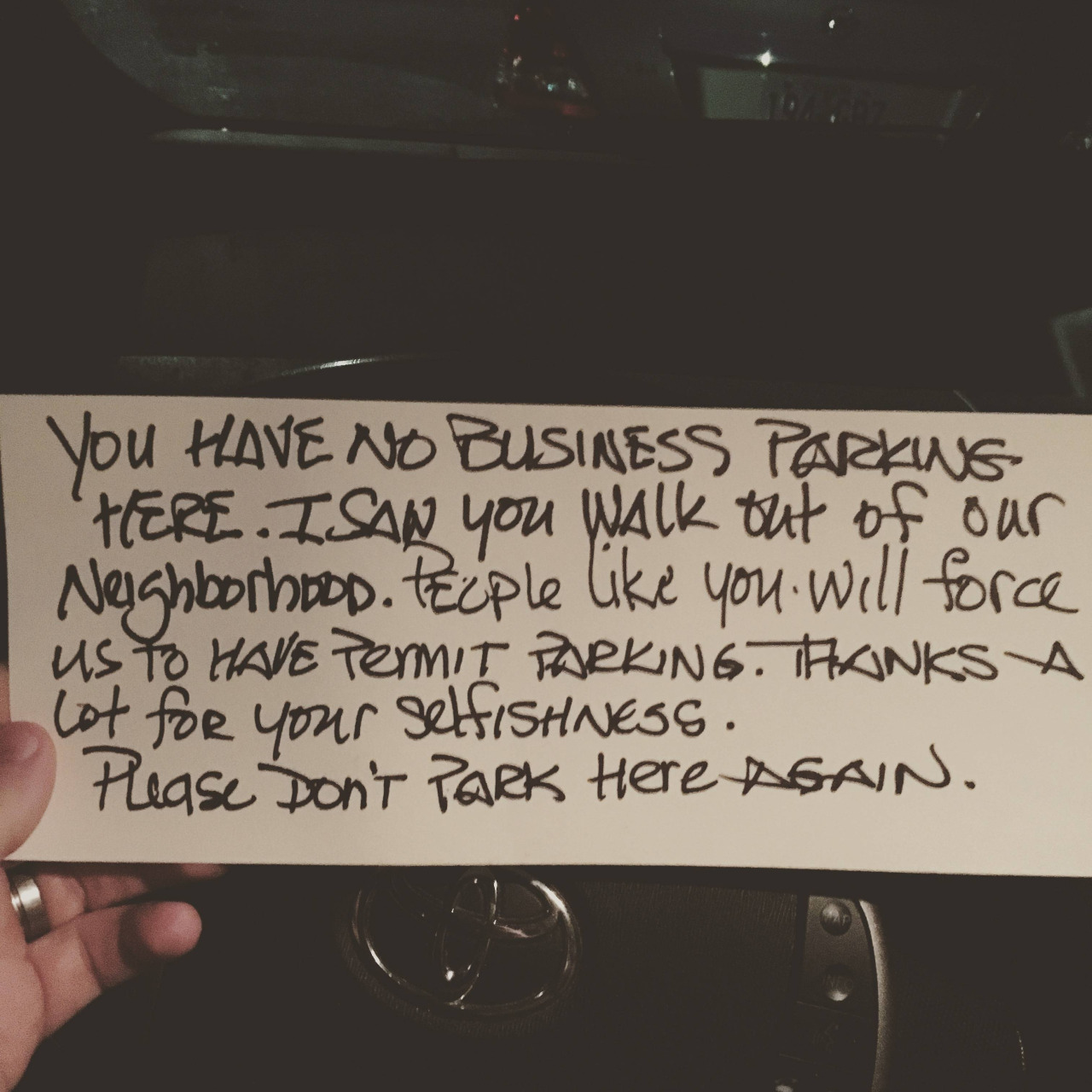 There's nothing I love more than public signs (I've photographed over 2500 of them!); they reveal the things that people think other people don't understand. Read the rest 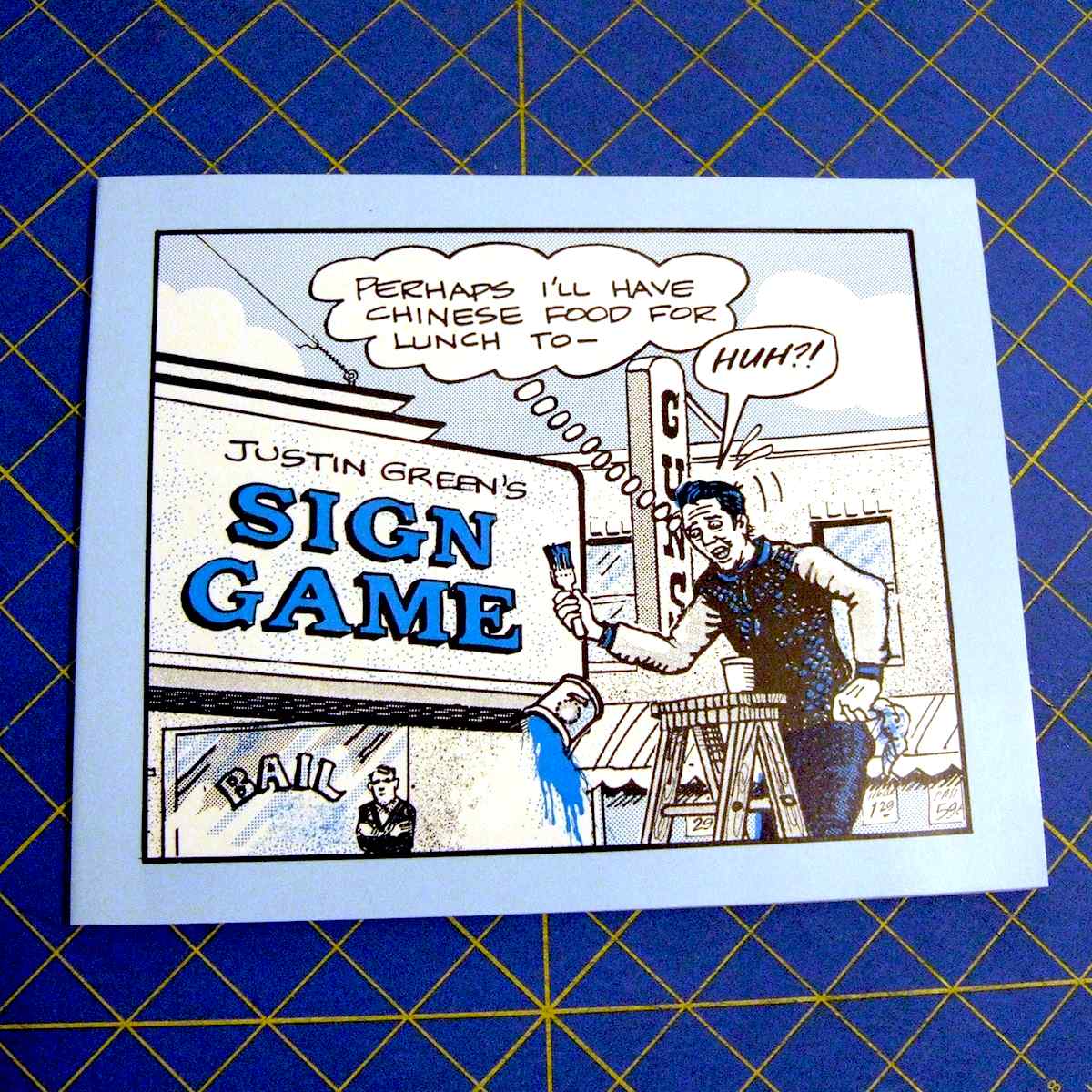 Have your tweets inscribed as cuneiform tablets 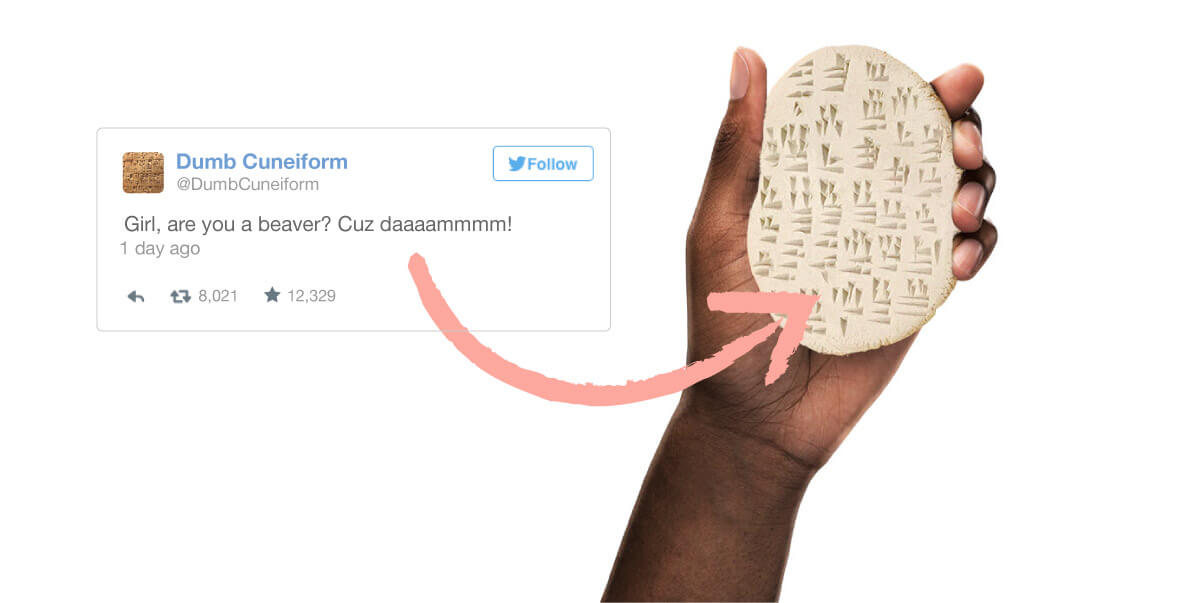 Dumb Cuneiform aptly labels the nature of its work lest anyone be under any illusions here.

Here's how it works: Just send us a tweet or text (use the text field in the order form) We’ll carefully translate it into cuneiform We'll stamp it on an actual clay tablet and mail it to you. Favorite jokes? Amazing pickup lines? Your 2-star review of last summer's blockbuster? KEEP IT FOREVER.

$20 a go. They should at least insist on it having been publicly posted! [via JWZ]

The rebellious plaques of Chester, England 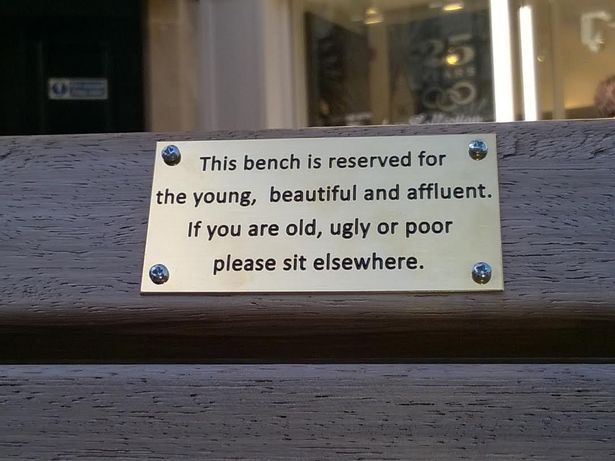 Someone has put high-quality signs on park benches in a fancy British town to mock its contemptuous treatment of locals, especially the poor. The signs have been removed, on the grounds that they might be "offensive."

Rebellious plaques have been situated on benches in Chester with the intention of highlighting Cheshire West and Chester Council’s 'draconian plans' to introduce a Public Space Protection Order (PSPO).

Two street artists have placed the plaques on benches across Chester city centre 'in good grace' to raise awareness of the plight of homelessness in the city… One of the plaques put up by the artists say: “If you shut your eyes for more than ten seconds whilst on this bench, you may be deemed asleep, and risk facing an ASBO. By Order of Public Space Protection Orders under the Anti-Social Behaviour, Crime and Policing Act 2014.” A more humorous plaque says: “This bench is dedicated to the men who lost the will to live whilst following their partners around the shoe shops of Chester.”

The key quote is from a local official, Maria Byrne, who said: “We have removed the plaques from five benches and although they may appear humorous, some people may find them offensive."

But without, of course, specifying who.

Some funny stuff from this year's burn. Read the rest

Spotted outside Fix Coffee on Whitecross Street in London. Read the rest

Link: the artist is Eric Brunning of Vancouver's Adorned (via JWZ) Read the rest

Spotted yesterday on a menu at my grandparents' retirement home in Toronto: "Kosher-style porkchops." I guess if you circumcise the pig and ensure that it has a suitable Bar Mitzvah...? Read the rest

Just look at these boneless bananas.

Just look at them. Read the rest

Sign Painters looks to be a fascinating book and documentary about the traditional art and craft of hand-drawn signage that is being lost to digital prints and die-cut vinyl. The film is playing at venues around the US right now, including this Sunday (7/27) at the Webb Gallery in Waxahachie, Texas! Read the rest

It starts with "NO 'TELEPHONES'. TALK TO EACH OTHER. FACE TO FACE ONLY. WRITE A LETTER, SEND A TELEGRAM TO YOUR MOM, PRETEND IT'S 1860, LIVE." Read the rest

My family always thought the sign for Met-L-Fab Inc in Cincinnati's ritzy Indian Hill neighborhood looked like it said "Meth Lab." Now it does. (Thanks Rick, Max, and Madeleine!)

Boob and sock money not welcome in the sweaty summertime, sorry

From Adam R. Bowser's Nova Scotia-based Twitter feed, a timely retail sign: "Due to the rising summer temperatures...We will NOT accept any BOOB or SOCK money! Sorry for the inconvenience! It's gross. Thanks."

I feel ALL corner stores should have this policy. pic.twitter.com/WZPlLJBhcD