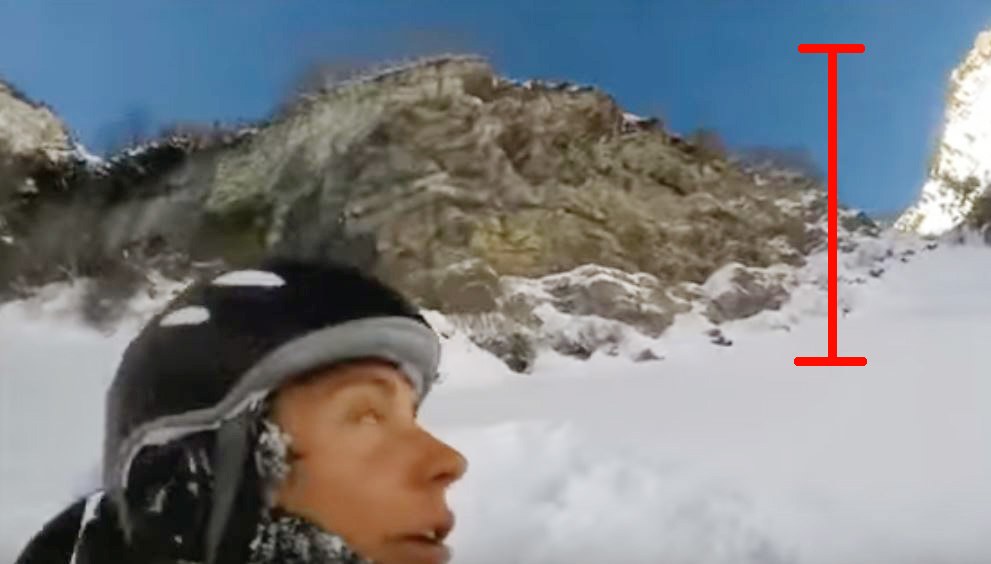 He's fine. Fine and damnned lucky: "Turns out I am afraid of heights."

Skier Devin Stratton managed to ski himself off of an unmarked 150-foot cliff last week in the backcountry of the Wasatch Range in Utah, and escaped without so much as a bruise.

Stratton was capturing his run using a GoPro attached to his helmet, giving the world a first person POV of what it looks like when you accidentally find yourself skiing off a cliff. According to an interview with the Washington Post, he rarely wears the camera, but for some reason he flipped it on for this run.

In the clip, Stratton can be seen hitting fresh powder with some nearby runs. A few ski trails in the snow lead to a small hill, but Stratton doesn't notice that they stop before it's too late and he's going over.

Stratton turns his body as he's falling and manages to land on his back. According to the Post, Stratton credits the two feet of fresh powder and his packed backpack for cushioning his fall.