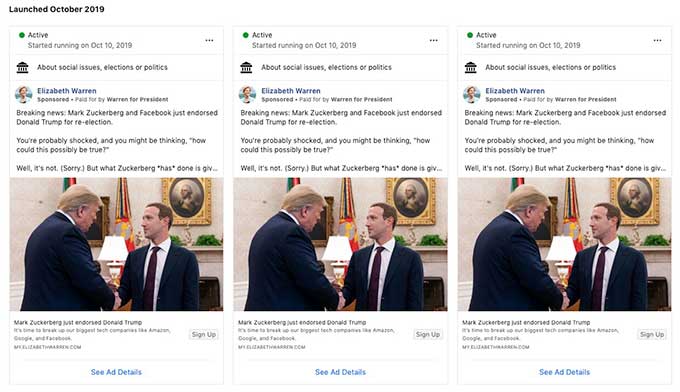 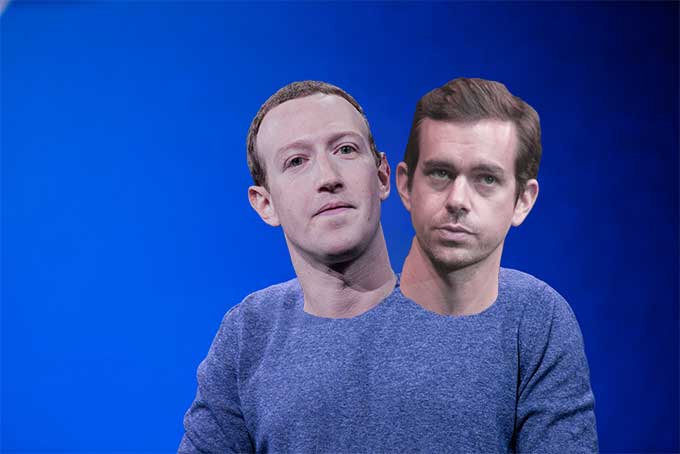 Trump has been buying ads with false content that run on Facebook and Twitter, and the two social media platforms both say they will continue to accept paid ads that contain lies.

Last month, Facebook communications chief Nick Clegg said Facebook will not fact-check politicians’ ads, a stance the company has reiterated. In a letter to Biden’s campaign, Facebook’s head of global elections policy, Katie Harbath, said that “if a claim is made directly by a politician on their Page, in an ad or on their website, it is considered direct speech and ineligible for our third-party fact checking program.”

The letter goes on to say: “These policies apply to organic and paid content from politicians—including the ad by President Trump you reference in your letter.”

In other words, even if the content is false, the fact that it is being said by a politician, or a campaign on the politician’s behalf, means it is considered newsworthy, making it exempt from certain standards. (Facebook says that things like viral hoaxes that are shared by a politician would be demoted, displayed alongside fact-checking information, and banned from ads.) This disparity in the policy is confusing, to say the least.

Meanwhile, Twitter told The Verge that the ad is “not in violation of our policies,” without clarifying further.