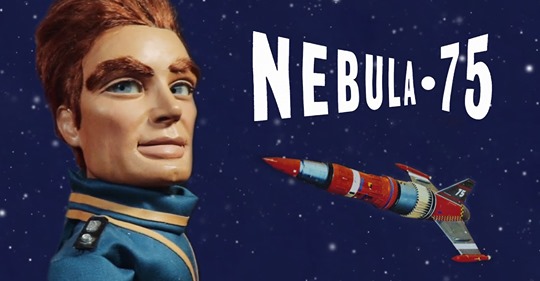 Nebula-75 is a new "puppet lockdown drama" being made by some of the folks at Century 21, the Gerry Anderson studio that was responsible for "Supermarionation" programming in the 60s (and beyond), with such shows as Thunderbirds, Stingray, Supercar, and Fireball-XL5. Nebula-75 is also being filmed in "SuperIsolation" and Lo-Budget!

Nebula-75 charts the exploits of Commander Ray Neptune and the crew of the spaceship NEBULA-75 as they make their way across the stars, encountering strange worlds and forms of life hitherto unknown by mankind. It has been created and produced by a small group of filmmakers during the British lockdown on 2020. Although team members from around the world contributed remotely to pre and post production, the entirety of the filming for Nebula-75 was undertaken by a crew of three who happened to already live together in a small flat in London. Their living room was transformed into a makeshift movie studio – with bookshelves, cardboard boxes, and other household objects becoming the interior of the show's hero spacecraft. This flat was also fortunately home to many of the puppets, props, and costumes that have been accumulated over the course of different productions.

It might be a slight exaggeration--but not by much--that shows like Thunderbirds and Fireball-XL5, and the other Gerry Anderson shows of my youth, laid the groundwork for much of what still obsesses me today (sci-fi, space exploration, modeling, miniatures, making, and dreaming). These shows were like magic spells on my imagination that have never waned. Read the rest 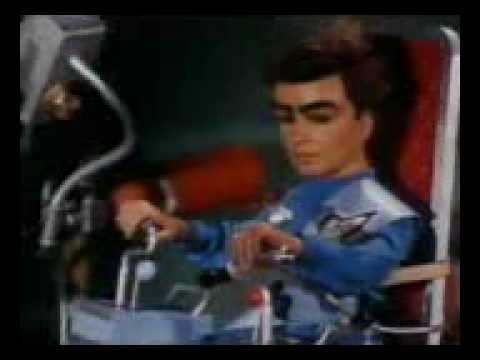 Thunderbird 4 would have been mine. MINE. Read the rest