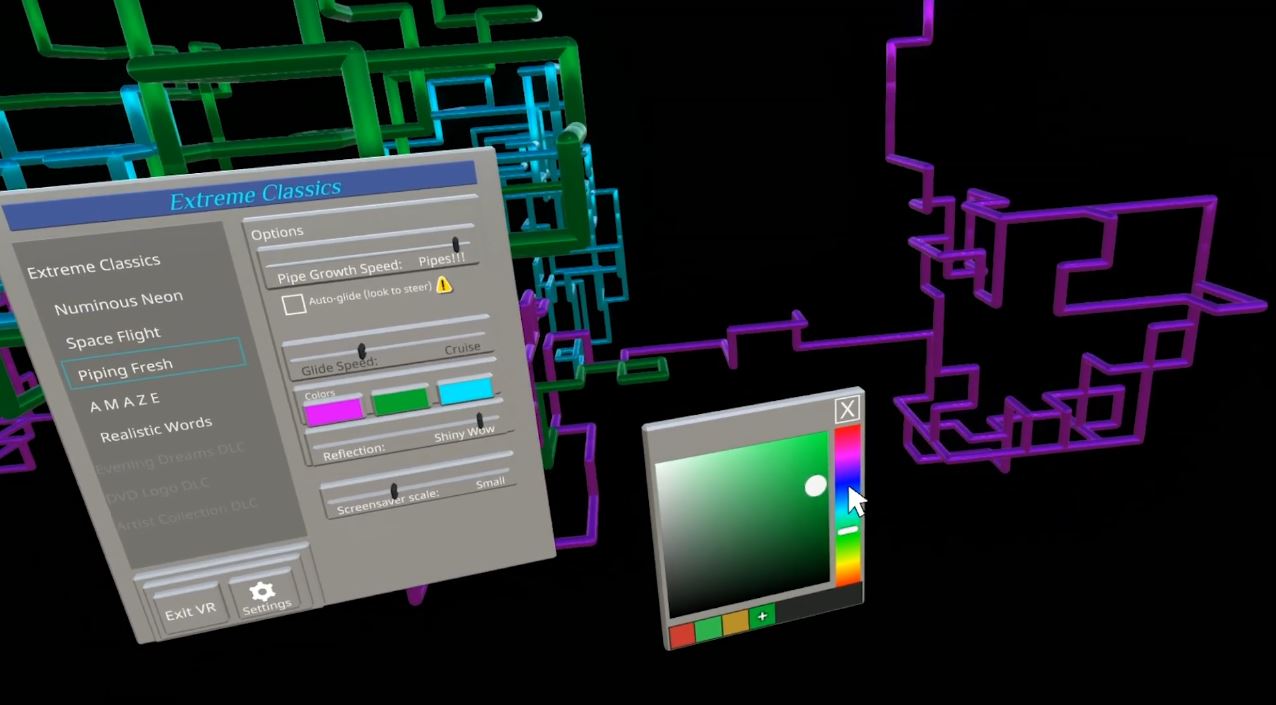 Screensavers VR is out this week and will let you explore classic screensavers.  I can't vouch for the "gameplay," but I learned I am powerfully nostalgic for 3D Pipes:

Plunge your body into five screensavers inspired by the classics, and experience their evolution.

Kick back in the semi-authentic 90's office-den simulation and read original writing about the screensaver phenomenon.

Warp through stars like never before! Experience and endless starfield in HD! Can you reach the end of M A Z E?

Pipes are so real, you’ll swear you hit your head.

Check out the trailer to see if your favorite made the cut:

Miku was “born,” as Itoh puts it, on August 31, 2007, with the launch of her software. The program would soon become popular, but from the start Miku attracted her own fans, and they began riffing. Crypton set up a site where they could post their creations, and by that first afternoon, according to Itoh, illustrations of her had appeared. Thousands followed. Fan sites proliferated. Creation myths were assembled.