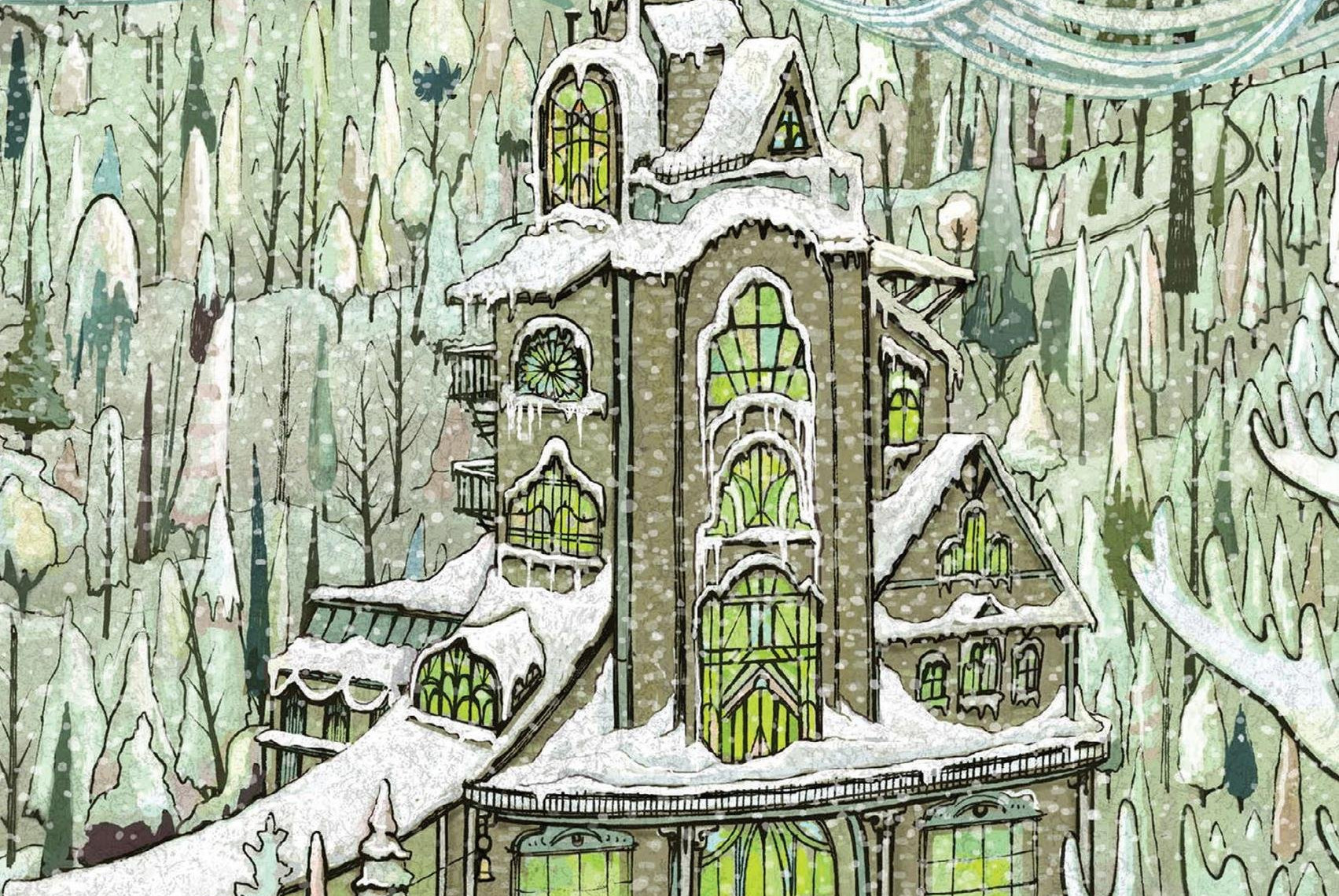 Kate Milford made a name as a young adult writer able to tap into a rich Bradburian vein of lyricism with the Boneshaker -- now she shows us that she's an expect mystery writer as well, in Greenglass House, an illustrated middle-grades novel that will keep you guessing.

Milo can't remember his birth parents or anything else about his life before he was adopted and brought to Greenglass House, a smuggler's hilltop inn overlooking a cove, where he is loved and accepted and nurtured by his adoptive parents. Milo should be happy. He is, really. Except that he just can't shake his curiosity about his birth family, his Chinese heritage, and the circumstances of his early life. Worse, he can't talk about it with his parents, because he's convinced that just thinking these thoughts makes him a disloyal son.

It's wintertime in the inn, and that's the best, because none of the smugglers who frequent it ever show up for Christmas break, giving the family a chance to enjoy their Christmas traditions.

But one by one, the house fills up with mysterious, exotic guests -- none of whom have ever been there before, and none of whom can adequately explain themselves or their presence. With so many demanding strangers to look after, Milo's plans for the holidays are ruined. And Milo's not the sort of kid who takes ruined plans lightly. Quite the contrary; Milo's superpower and Achilles' Heel is his inability to accept change, which also gives him the uncanny power of noticing even the smallest changes in the room.

Lucky for Milo, he's got a playmate. Meddy is the cook's daughter, back from school for the holidays, and she introduces Milo to a fantasy roleplaying game that his father played as a boy, and the two of them decide to treat the whole break as an opportunity to stage an imaginative campaign where each of them will LARP a character. This game becomes much more important when things start to go missing from the guests' rooms, and Meddy and Milo work the search for the stolen items into their role-play.

The book is a locked-room mystery in the vein of Agatha Christie's "And Then There Were None," but it's crossed with Dickens's "The Best of Times," as the snowed-in characters pass the time by telling folktales and memoirs, all of which pick away at the great mystery of the house and its history.

This is a book that is full of surprises. Every time you think you understand what's going on with the Greenglass House, you turn a corner and discover that there's new mysteries lurking. As with all great mysteries, each puzzle that the author solves reveals clues that you might have put together, had you been careful and smart enough.

There's more to this than just a beautifully turned mystery, though. Milo's character arc through the story is delicately handled and triumphantly brought off, as his crises of confidence and identity are worked through and he is transformed in subtle ways that come to a climax with the story itself.

The story is also greatly enhanced by Jaime Zollars's illustrations, which grace each chapter-heading. The book is a middle-grades reader, suitable for kids as young as 8 or 9, but there's definitely no upper limit on the age-range of readers who'll enjoy it. With so much smart stuff going on with the plot and the characters, this is a book that anyone will enjoy. It's no wonder it was shortlisted for the 2014 Nebula Award.