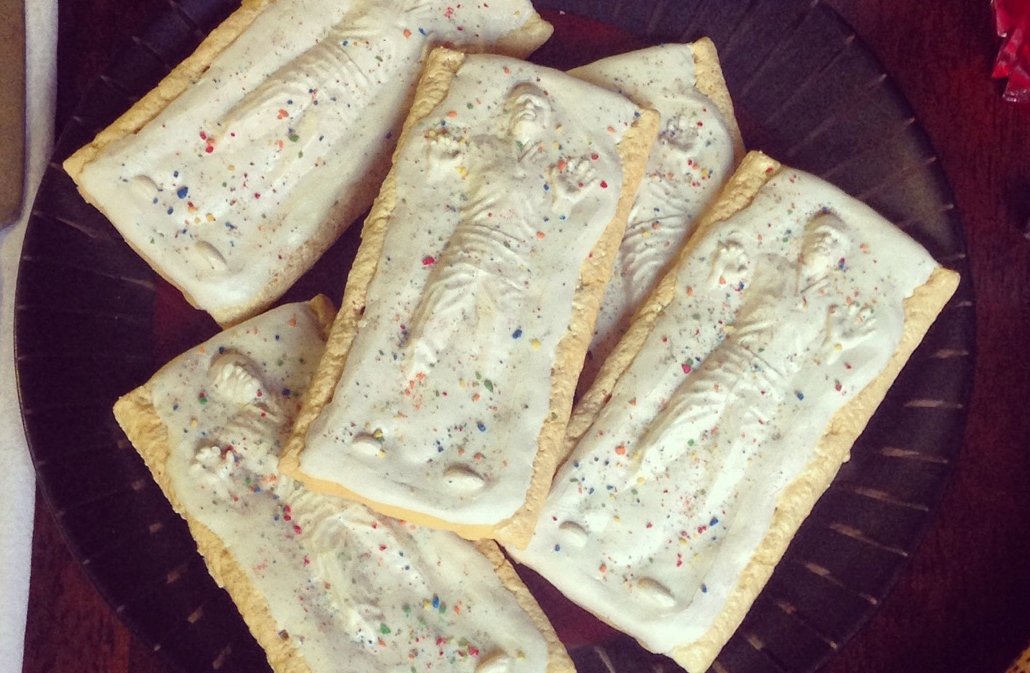 Pop-Art: Frosted Han Solo is (was) a sold-out/limited-edition vinyl sculpture from Falcon Toys. Fun idea — hope they do another run!