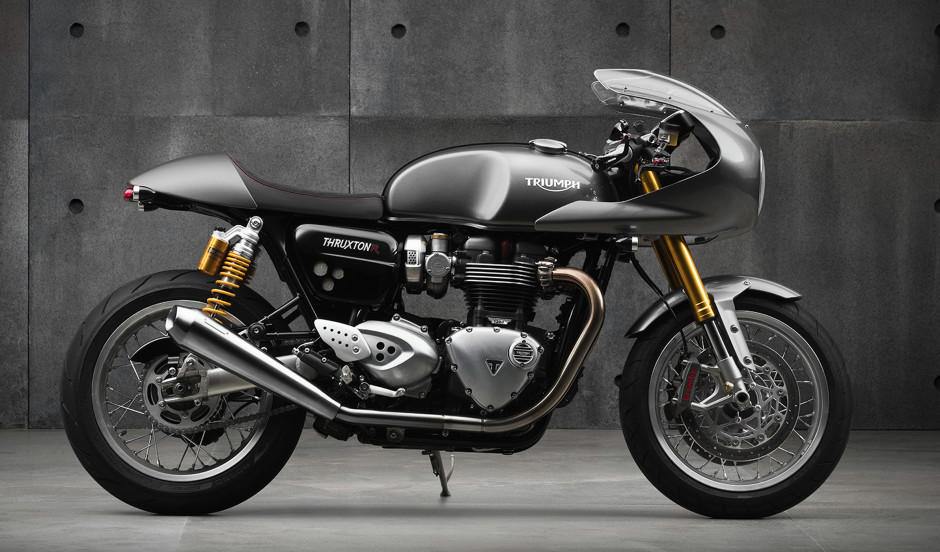 It took 40 years for someone to make a motorcycle that looks nearly as pretty as BMW's R90s. Enter Triumph's 2016 Thruxton R!

What do I find most exciting about these new Triumph models? I like the dual disc brakes up front. That sexy fairing and sleek seat are deliciously re-envisioned '70s styling, but Triumph excels at making motorcycles that are fun to ride! You'll want the extra stopping power, as they also make bikes that are heavy, and usually come stock with terrible suspensions. My reliable bike is a 2013 Scrambler, I've "had to" modify it quite a bit.

If the new entries in Triumph's modern classic line are anything like the old, there will be a wealth of aftermarket parts and mods available for these as well. Sadly, I believe this generation of the Bonnieville sees the end of air/oil cooling and introduces liquid to the equation. Perhaps you should let someone else can buy the first years model.

More photos and details from Xtremebikes.es:

Look at the new Triumph Thruxtons, and you see thoroughly updated modern classics, machines that embrace the appearance and aesthetics of café racers that were new a half-century ago. But if you look hard enough, you can also see something else: The new Triumph Motorcycles Ltd, John Bloor’s Triumph, embracing the heritage of the defunct Triumph Engineering Company, the original Triumph, in a way that it has never done before.