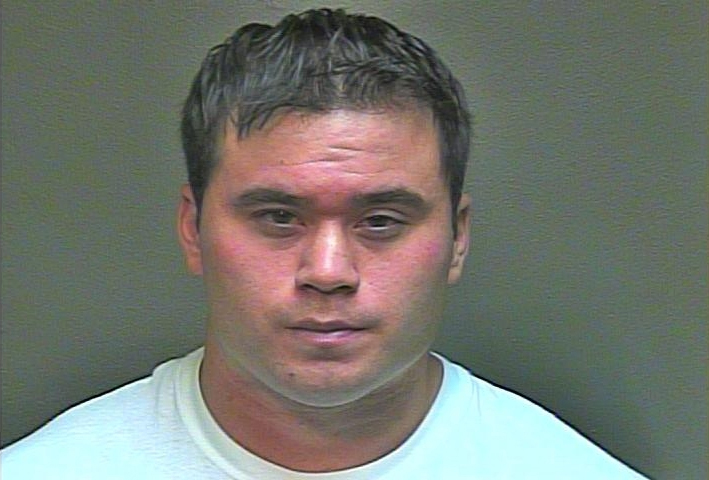 Daniel Holtzclaw, who turned 29 on Thursday, cried as the guilty verdict was read in the courtroom.

He was found guilty of five counts of rape and an additional 13 counts of sexual assault against eight of his accusers. He was also cleared of many of the 36 charges against him. Buzzfeed documented the narratives of each accuser in a powerful series, here.

He faces a maximum sentence of life in prison. His sentencing hearing is scheduled to take place on Jan. 21.

The jury recommended a total of 263 years.

Holtzclaw sobbing as he leaves the courtroom.

Was just told that many of the victims of #DanielHoltzclaw were/are very upset at the 18 not-guilty verdicts. Each count mattered to them.

A former football player with a 6-foot-1 and 260-pound frame, Holtzclaw used violence, threats of greater violence, and the threat of arrest to silence his victims.

“Holtzclaw knew we wouldn’t give a damn,” writes the Daily Beast's Goldie Taylor.

“That’s why he chose them.”

An excerpt of tonight's coverage of the verdict which contains graphic details of sexual violence and descriptions of rape, from the Daily Beast:

Some of the accusers—BuzzFeed documented their testimony on Wednesday—said the officer violated them in their own homes while wearing his department-issued uniform. One woman testified that after Holtzclaw ran her name and found an active warrant, he took her to an abandoned school where he raped her. Another said she was forced to perform sex acts on the side of the road. Another said she was sexually violated while handcuffed to a hospital bed. Investigators said they found DNA, from what some believe is an unknown 14th victim, inside the crotch of his uniform.

The last accuser to testify was only 17 when, she said, Holtzclaw raped her on her mother’s porch just after dark. The officer first told her he needed to search her for drugs, she testified. He first groped her under her clothes before pushing his fingers into her vagina, she said, then he unzipped the fly of his trousers and raped her. The youngest of the accusers—some of them suspected of prostitution or drug possession, others with an active warrant—she wondered out loud: “What kind of police do you call on the police?”

For too many, living on the margins and with no real voice in the system, the answer is: nobody.

Holtzclaw was fired by the Oklahoma City Police Department in January, 2015, when allegations against him surfaced. The crimes were committed while he was still in uniform.

The Oklahoma City Police Department released the following statement after the verdict:

The Oklahoma City Police Department is pleased with the jury's decision regarding the Daniel Holtzclaw trial. It was a long and difficult trial and deliberation process for all involved. It is obvious the jury took their responsibilities very seriously and considered every piece of evidence presented to them.

We are proud of our detectives and prosecutors for a job well done.

To the jury, we thank you for your service.

We are satisfied with the jury's decision and firmly believe justice was served.

From KOCO TV in Oklahoma City, here is the list of charges that were brought against Holtzclaw along with the recommended jury sentences:

Buzzfeed's earlier coverage on how he was caught, on the stories of his surviving victims, and coverage of tonight's verdict.

Of the 13 women who accused Holtzclaw of sexual assault, 6 had their charges fully convicted by the jury. Partial guilt: 2. No charges: 5.

One of the women whose charges were fully convicted? A., the 17-y-o rape victim. Her story is second to last here: https://t.co/hwbp8BALIi

Judge will formally sentence Holtzclaw in January. If the judge runs all 18 counts consecutive, his prison time could add up to 263 years.