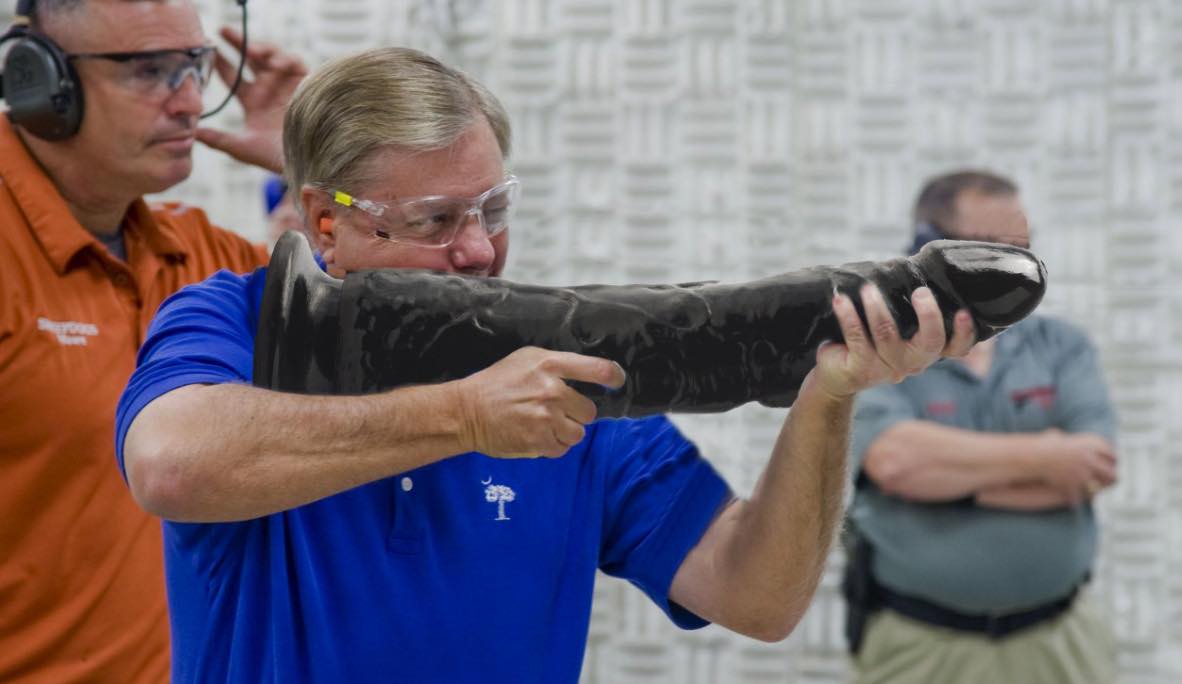 It’s been hilarious to see what I originally thought might be a tiny twitter art project that would hopefully crack up my friends spread like wildfire across social networks, and later to news sites, and eventually into many other languages. Mostly people see it for what it is, a silly way to express frustration at The United States’ current endless cycle of gun tragedy followed by inaction while leaders posture with their weapons in defiance of any changes.

It's a perfect little mix of symbolism, with something for everyone: denial, pandering, sexual liberation, impotence, and the devil always having the best tunes.

Of course, it being on the Internet, there’s a flipside reaction as well. I’ve been asked to meet people to see their guns, and perhaps to experience getting shot by them, I’ve had people on Twitter tell me all the things they want to do with a dildo to me, and I’ve even had a guy say he’d love to shove his gun up my ass and pull the trigger so I got the full idea of how powerful his weapons are. Usually I block or mute people on Twitter that tell me stuff like that so I don’t have to see it again.