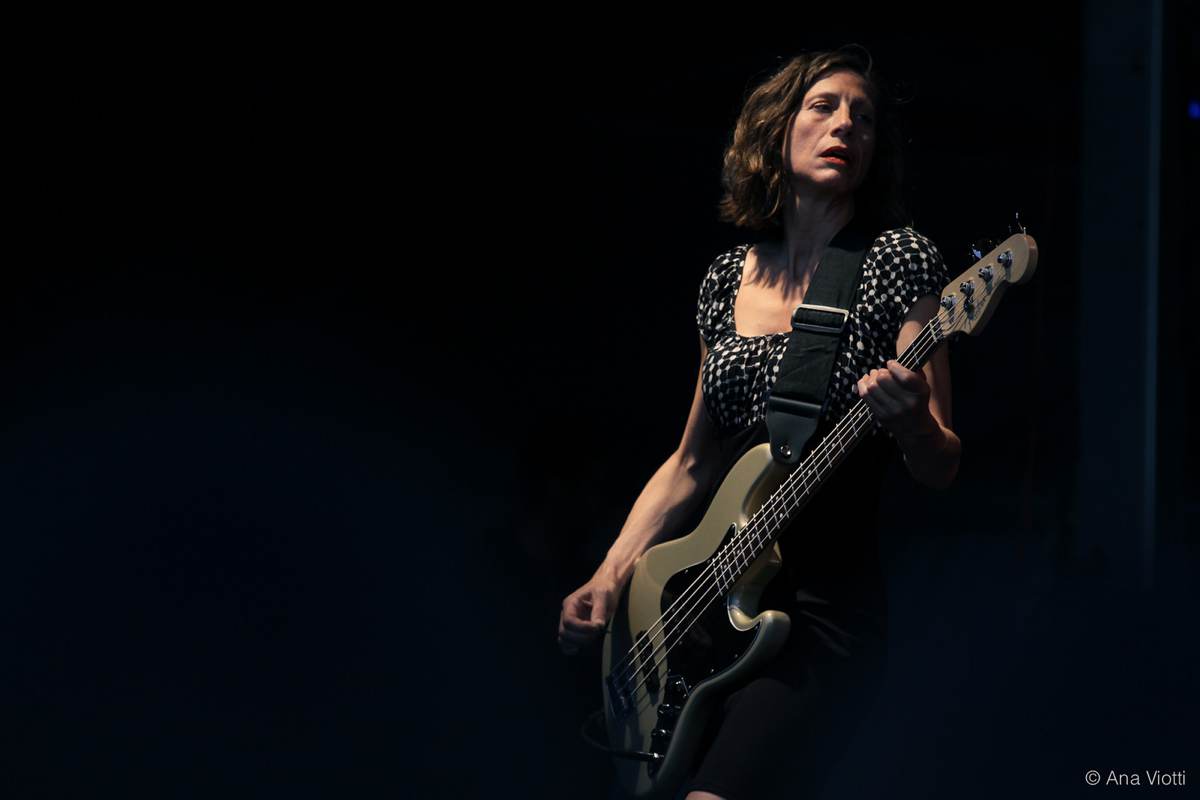 Maureen wrote in her essay, "With one nudge of denial from an iconic Joan Jett, we witness the beginnings of the public collapse of Fox’s credibility." A short while after her essay ran on Boing Boing, Maureen was fired by Babe's in Toyland drummer Lori Barbero and lead singer Kat Bjelland.

Maureen did not speak publicly about the reasons why she was fired, until December 21, when she posted a note of Facebook that said, "Despite the severe fallout from my own bandmates about writing the article, and it being the catalyst for me getting kicked out of my band, I regret nothing. I will never be silenced, by ANYONE."

In the comment thread of her Facebook post, Herman suggests that Barbero was uncomfortable with the essay in part due to her production work for Fea, a band signed to the label owned by former Runaways singer Joan Jett. Barbero says Herman taking issue with that arrangement "caused a little problem," but ultimately was not the reason Herman was fired.

Drummer Barbero was quoted by City Pages as saying, "She’s so toxic, I could give a fuck what she says, to be quite honest. It just pushes my buttons, I guess. Over all these years I’ve realized the only thing I can do when anything is negative and toxic, you have to let it go. And that’s the reason we have to have a new bass player. It has nothing to do with rape. The relationship didn't work out and we moved on, and that's really the bottom line."

The original version of the City Pages article did not include a statement by Maureen, because Boller had tried to contact Maureen through Facebook's instant messaging service, and Maureen's preferences were set to direct people not on her friends list to a page she doesn't check frequently. However, Boller and Maureen connected later today and Maureen sent him a statement, which was added to the article:

“[At the first show back in L.A. in August] Kat gave me a list of seven grievances that Lori had for why I should be kicked out of the band,” Herman says. “The catalyst, Kat told me, was writing the article about Jackie Fox, because [Lori] felt that me being critical of Joan Jett threatened Lori’s business relationship, which I had no idea even existed.”

Among the other grievances, according to Herman: Use of psychiatric medication (“the height of ignorance,” says Herman, who has been sober for 12 years).

“With Kat’s help, I wrote a response to her grievances, trying to acknowledge my part in any of these things, and a willingness to try and work it out,” Herman says. “What I did not apologize for was the article, because there’s nothing to apologize for. Kat never wanted me out of the band. Kat tried vehemently to keep me in.”

Herman says she eventually reached Barbero by phone, and says she was met with the response, “Kat was supposed to fire you.” About a half an hour later, Herman says, she received a text from Bjelland reading, “Sorry, you’re done.”