2016 is the year of the telepathic election, and it's not pretty 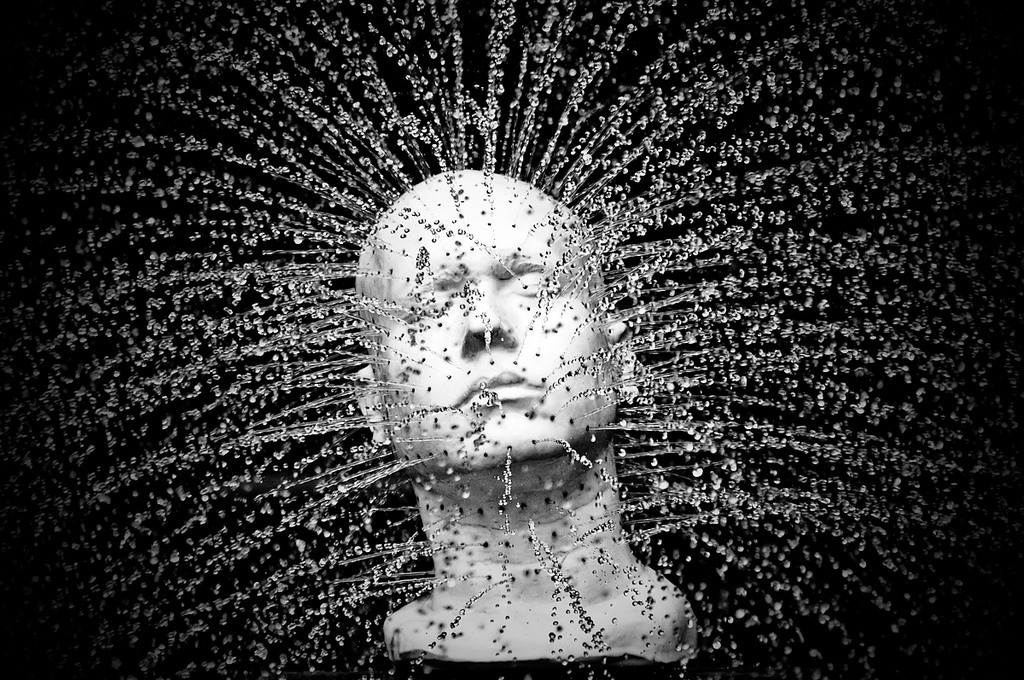 Charlie Stross describes the "the fusion of twitter, facebook, and other disclosure-induction social media with always-connected handheld internet devices" as "telepathy" for election campaigns, which are now able to attune their messages and tactics to the lizard-brains of the electorate.

Charlie's referencing Interface, the Neal Stephenson science fiction novel I think of every time I look at Donald Trump, in which shrewd political operators are able to win an incredible campaign victory through realtime polling that feeds back into the candidate's brain by means of a direct, radio-connected interface.

We're not quite in the Interface world: on the one hand, we have much better real-time intelligence on the electorate than Stephenson describes; but on the other, there's no way for that to translate into realtime, subliminal messages beamed directly into the candidates' brains.

Nevertheless, Stross is onto something. There's a rich history of appeals to demagoguery, xenophobia, and authoritarianism in American politics (Charlie cites The Paranoid Style in American Politics, Mail Order Conservatism (evangelical fundraising machines), and The Authoritarians as precedents). The political operators who've exploited America's ugly, hate-filled, terrorized Id have found new mays of reading and signaling the mob's lizard brain in the world of social media.

It turns out that when you take the old paranoid-style driven give-us-all-your-money mailing list scams (and their old-media spin-offs like Fox News and Clear Channel's talk radio shock jocks) and add telepathy, what you get is the whole festering stew of the Neo-reactionary movement, a scream of rage directed against the modern world. (Let's not forget that the ideological roots of the neo-reactionaries, notably Nick Land's writings on accelerationism, emerged during the late 1990s, not at all coincidentally at the same time that internet access among the western bourgeoisie was becoming A Thing.) When you add telepathy to the toxic stew of rejection of the Enlightenment legacy you get an ad-hoc movement of angry ideologues who have jabbed their fungal hyphae into the cerebral cortex of Reddit and n-chan to parasitically control the rageface collective...

...But here's the key take-away: 2016 will be the first US Presidential Election where the outcome will be visibly influenced by telepathic broadcasts direct from the political id, with the more plugged-in candidates (cough, Donald Trump) speaking in tweets rather than TV-friendly sound-bites and making their play in real time to their audience reactions, much like the plot of a novel co-written by Neal Stephenson before he got famous. If you've wondered why Trump can say the things he says, it's because his core constituency want him to. If you want to know why Islamic State are so awful, you can find the answer in Hofstadter and Altemeyer's work—just add Islam instead of Capitalism as a guiding ideology. And if you want to know what the worst possible case outcome for the USA looks like (caveat: I think it's highly unlikely it'll go that far), now you've got the tools to figure it out for yourself. It looks kinda like Da'esh's caliphate, only with the NRA instead of religious police, Facebook instead of the Friday sermon after the call to prayer, and a surplus of unhappy zoned-out worker-consumer-units on tranquillizers.

We Are Little Zombies is a treat for eyes and ears

On Friday evening my family and I watched a wildly original Japanese movie called We Are Little Zombies. We loved the 8-bit special effects and soundtrack, crazy colorful costumes, and original songs. It’s written and directed by Makoto Nagahisa and was the winner of the World Cinema Dramatic Special Jury Award for Originality at the […]