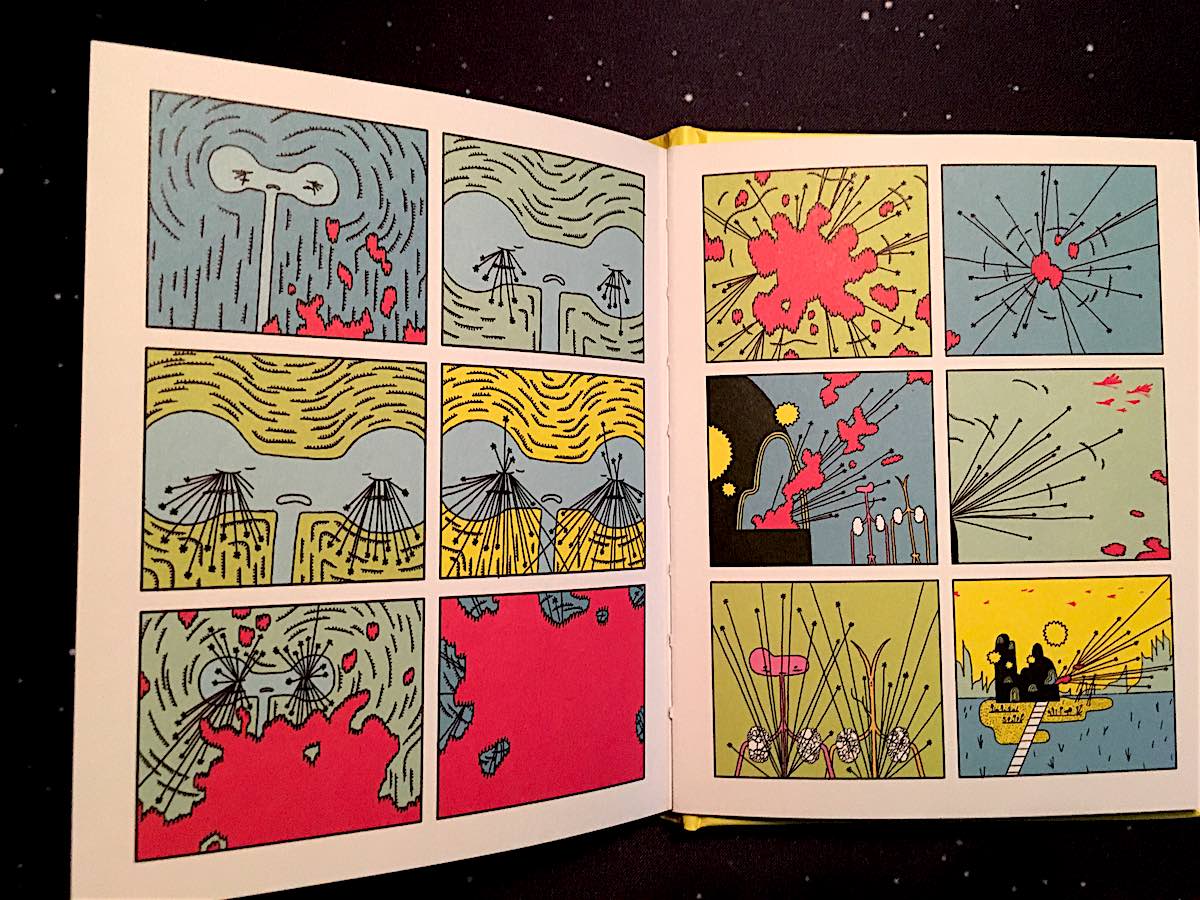 I have been fascinated by the work of Canadian comic artist Michael DeForge for a while now. If you like unvarnished explorations of the human psyche and the high weirdness that an unhinged mind and a free hand can render, check out Michael’s Lose series, Very Casual, and Dressing, all from Toronto-based comics publisher of note Koyama Press.

Big Kids is something of a departure for DeForge, or at least it starts off seeming that way. On the surface, Big Kids is a dark and mopey coming-of-age tale. It concerns a troubled teen boy who lives with his parents and a recalcitrant uncle in the basement and has awkward, restless sex with his best friend, in-between dangerous dares, bullying, bouts of petty vandalism, and other adolescent antics.

When the boy’s uncle gets kicked out of the house and a female college student moves in – a girl with a very different take on life who hangs with a group of more sophisticated, less juvenile delinquent friends – something extraordinary happens. Too many other reviews of this book spoil what comes next, which I think is a shame. I knew nothing of what was about to happen and was really stunned by the whole thing as a result. The book is obviously meant to be a meditation on the profound transformations we go through at different stages in our lives (especially in becoming a teen), and how strange, terrifying, and wondrous those changes can be. But this is done in a unique way that you could never guess is coming.

Michael DeForge’s work seems to be all about challenging our perceptions of identity, reality, and the comic form itself. Every time you delve into one of his pieces, you have no idea where you’re going to end up. Or just how splintered your mind will be by the time you get there. Big Kids manages to do all this while still delivering a touching, if somewhat disturbed, take on a classic tale of adolescent angst.