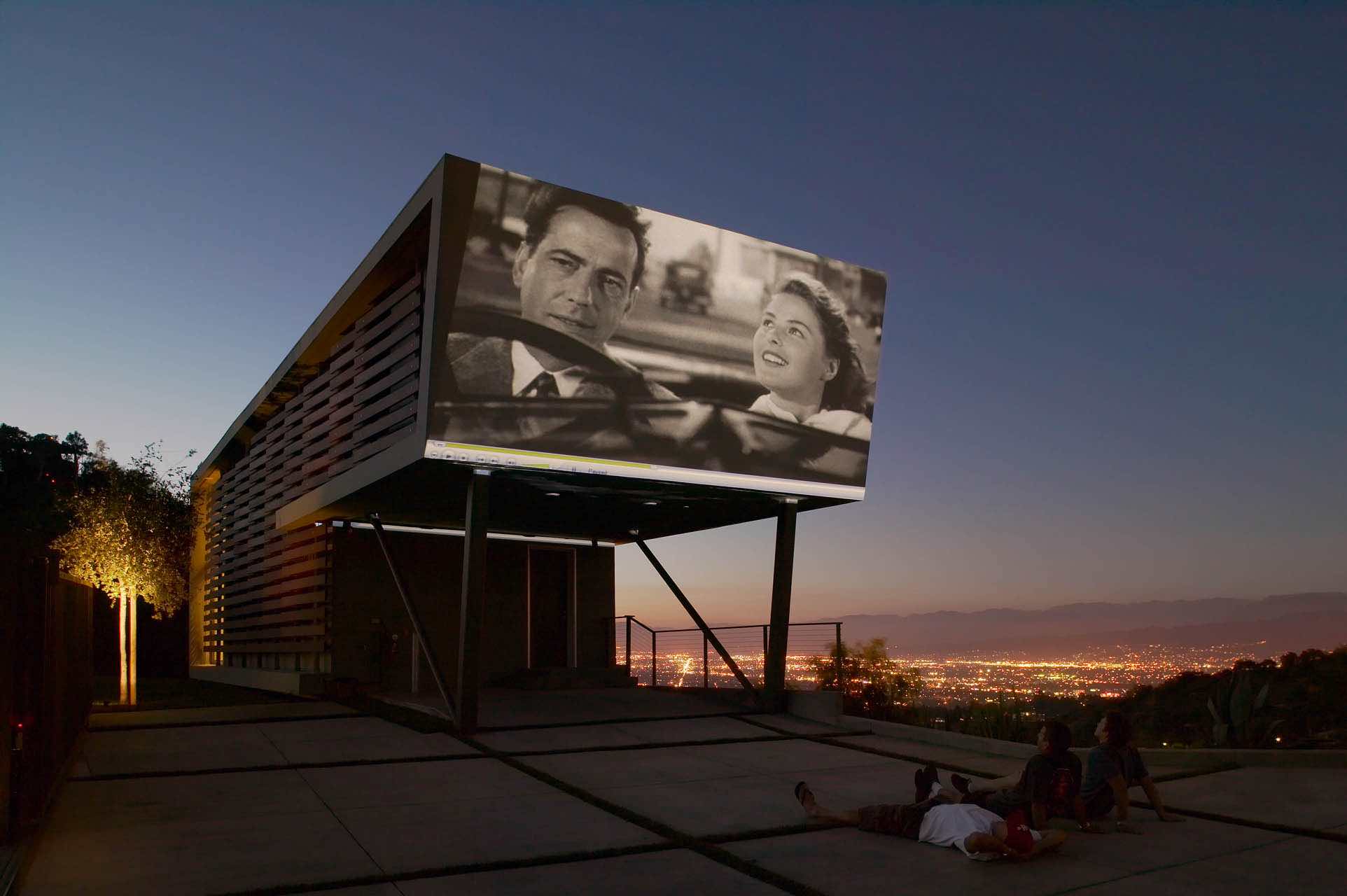 Belzberg Architects built the magnificent "Skyline Residence" on a ridge in the Hollywood Hills. The 5,800 home consists of two separate structures, a main house and guest house, with a gathering space between them to watch a film outside.

Due to the existing ridgeline of the property, the shape of workable land was generally long and narrow, abutted at both sides by steep, brush-covered hillside. The severity of the slope and dense granite stone beneath the surface also meant that in order to keep to budget, minimal excavation was done. As a result, our design forms a linear footprint with a single-loaded corridor on the west façade of the main house that acts as a heat buffer. Both buildings formally appear as a single, folded exterior surface matched with a screen of lapped Extira (a low formaldehyde-emitting composite lumber); these two materials also help manage heat gain from direct solar exposure. Meanwhile, floor-to-ceiling walls of low-e glass on the east-facing bedrooms provide the iconic and much sought after unobstructed views of downtown Los Angeles, Laurel Canyon and the San Fernando Valley.