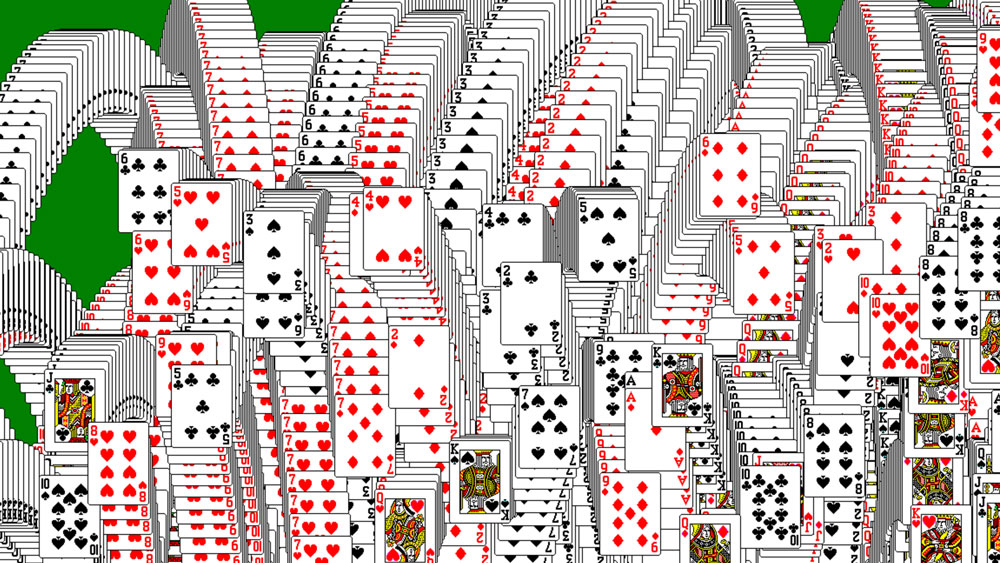 Here is a startlingly compelling implementation of the classic Windows Solitaire victory animation: simply click and win! The creator is Richard Cabello, who has perhaps played enough Windows Solitaire for one lifetime.