Critter Catcher: grab and evict spiders without killing them or getting close to them 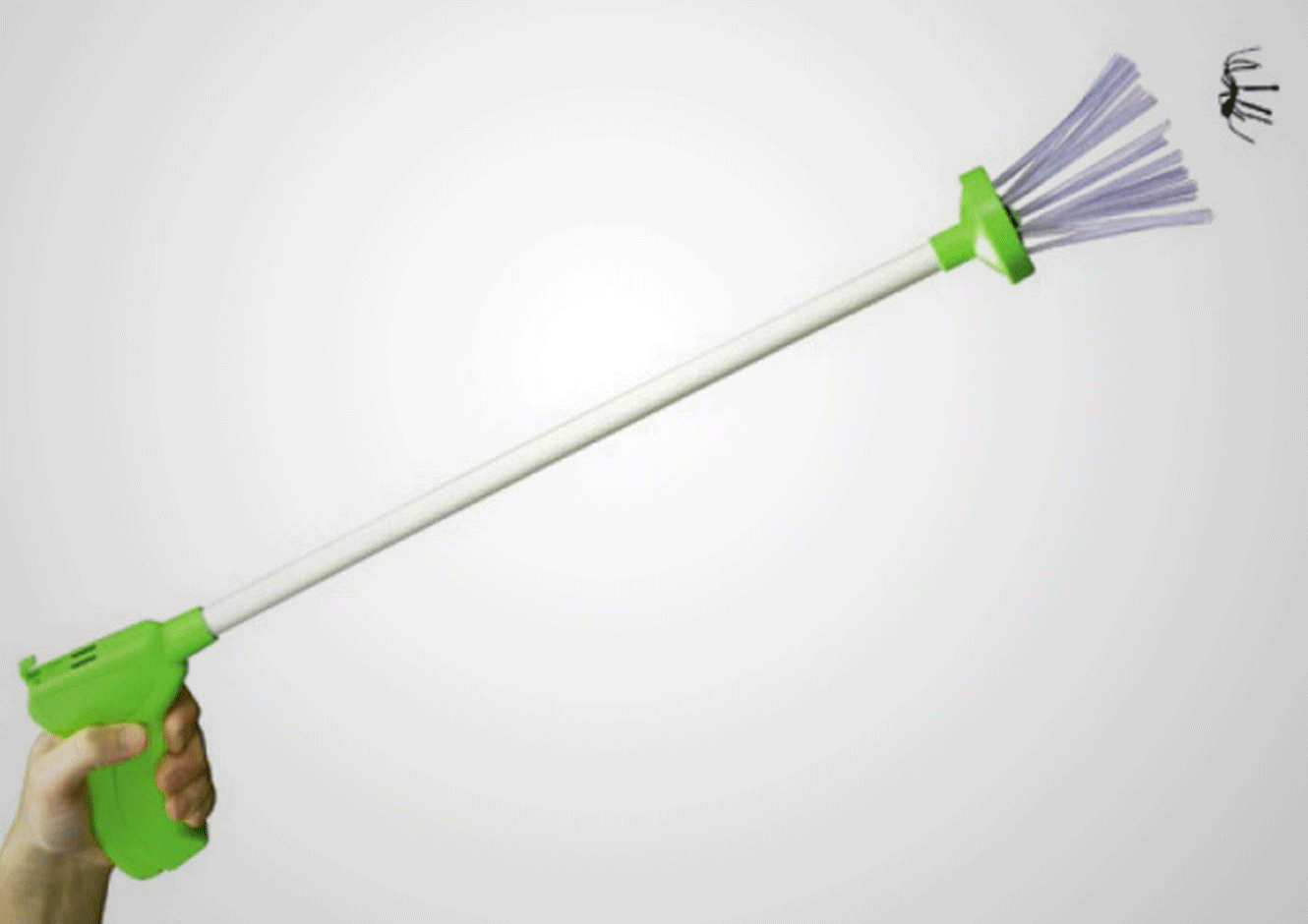 The Critter Catcher is a long rubbery picker-upper gadget, enabling the user to easily pick up and evict spiders without harming them or having to get too close. You can buy one for $17 (a generic clone is $20 on Amazon). I'm buying one to serve hors d'oeuvres at an unpleasant party I intend to host.