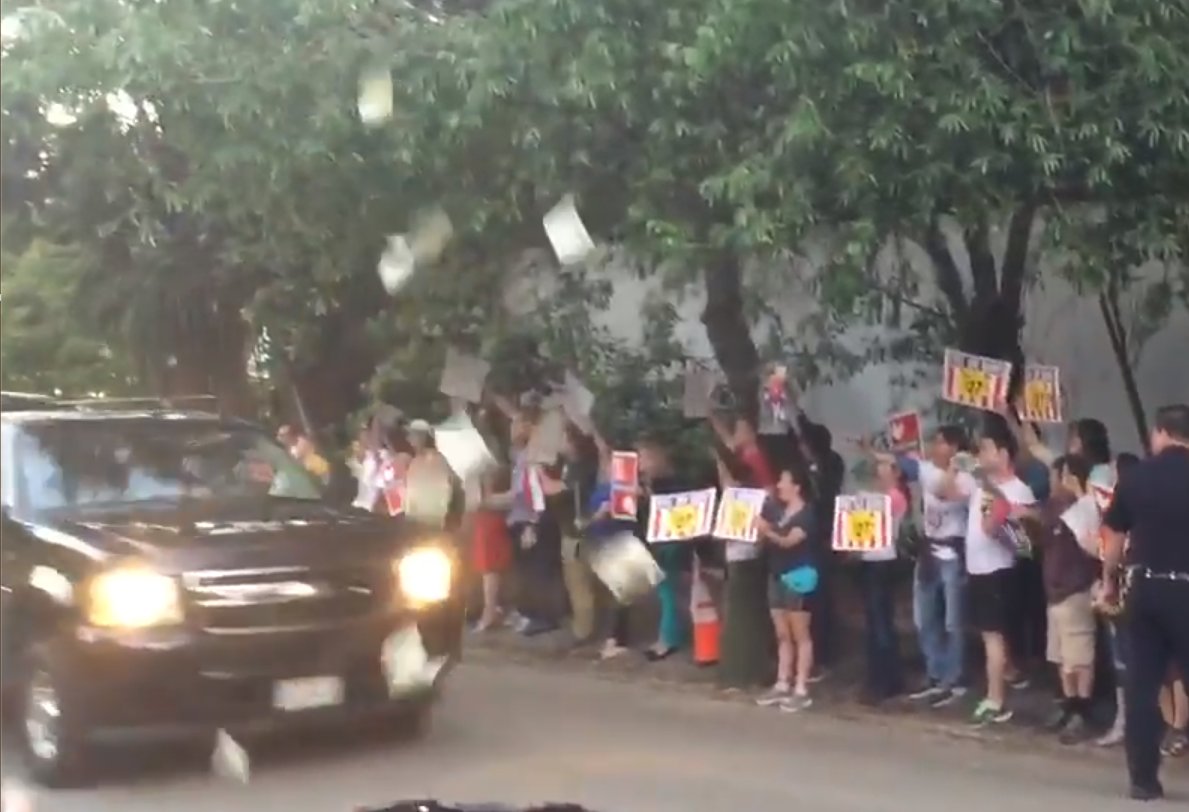 99 Cents Only store magnate Howard Gold lives next to George Clooney. On Saturday night, both of them threw political fundraisers for would-be 2016 Democratic presidential candidate.

Tickets to Clooney's party started at $33,400 and went up from there. Gold's party, billed as a "Bash the 99% Party," cost $27 per person (the average value of donations to the Sanders campaign), and no one was turned away for lack of funds. Clooney decried the influence of money in politics, but presented big-dollar fundraising from the super-rich as a necessary evil for electing a good candidate.

"Yes. I think it's an obscene amount of money ... The Sanders campaign, when they talk about it is absolutely right. It's ridiculous that we should have this kind of money in politics. I agree completely," Clooney said. But he said the money is necessary to get Democrats elected.

On Friday night, Clooney co-chaired an event in San Francisco to raise money for the Hillary Victory Fund. To get a seat at a roundtable with George Clooney, his wife Amal and Hillary Clinton, as well as a prime spot at the dinner, a couple would've had to pay or raise $353,400.