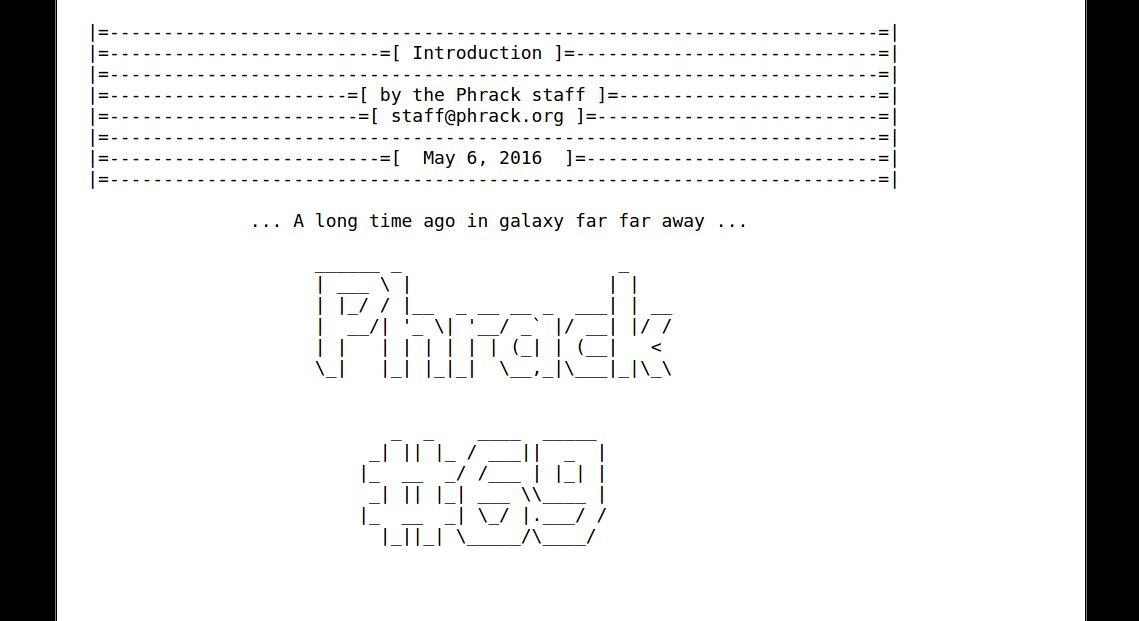 Phrack has been publishing erratically since 1985, but the four year gap between the previous issue, published in April 2012, and the current issue, published yesterday, was so long that many (me included) feared it might have died.

Phrack played a vital role in hacker and information security history. An article in 1989's issue 24 revealed some of the workings of Bell's E911 system (a memo of such mind-croggling dullness that it can't be read without the risk of descent into cthuhoid madness). AT&T's overreaction to the publication of this article led to to the FBI's notorious Operation Sundevil, the raid on Steve Jackson Games, and, ultimately, the founding of the Electronic Frontier Foundation.

The new issue makes a few passing apologies for its tardiness, and moves swiftly on to the zine's new format: the editors promise to publish new, peer-reviewed technical papers and notes on a rolling basis, as they come in, and invite submissions. The current issue features several significant peer-reviewed information security papers, including an excellent piece on a Flash bug and another on the use of hypervisors to abet rootkits.

Along with this is the usual, welcome Phrack fare: scene reports from around the world (with an inside history of the Spanish hacking scene), and an editorial tracking the fall of hacker groups to the rise of finance capitalism, wealth inequality, and the resulting precarity, which deprives people of the time and mental space in which to band together for creative projects.

As we mentioned above, you have probably noticed a big change in the way
Phrack papers are released. We have decided to also have a paper feed mode
in addition to periodic releases, where each submitted work, that meets the
requirements, is released as soon as it has undergone proper reviewing. We
understand that this may not be as cool as releasing an issue at once, but
it was a necessary choice we had to make to avoid having Phrack fade out of
existence. The hope with this, is that now all you crazy world traveling,
conference speaking rockstars may have a medium for releasing a deeper dive
into the technology that you are presenting, and we can publish this at
the exact moment you are on stage. Personally, we would much prefer this
than trying to extract it ourselves from your pretty slide decks.