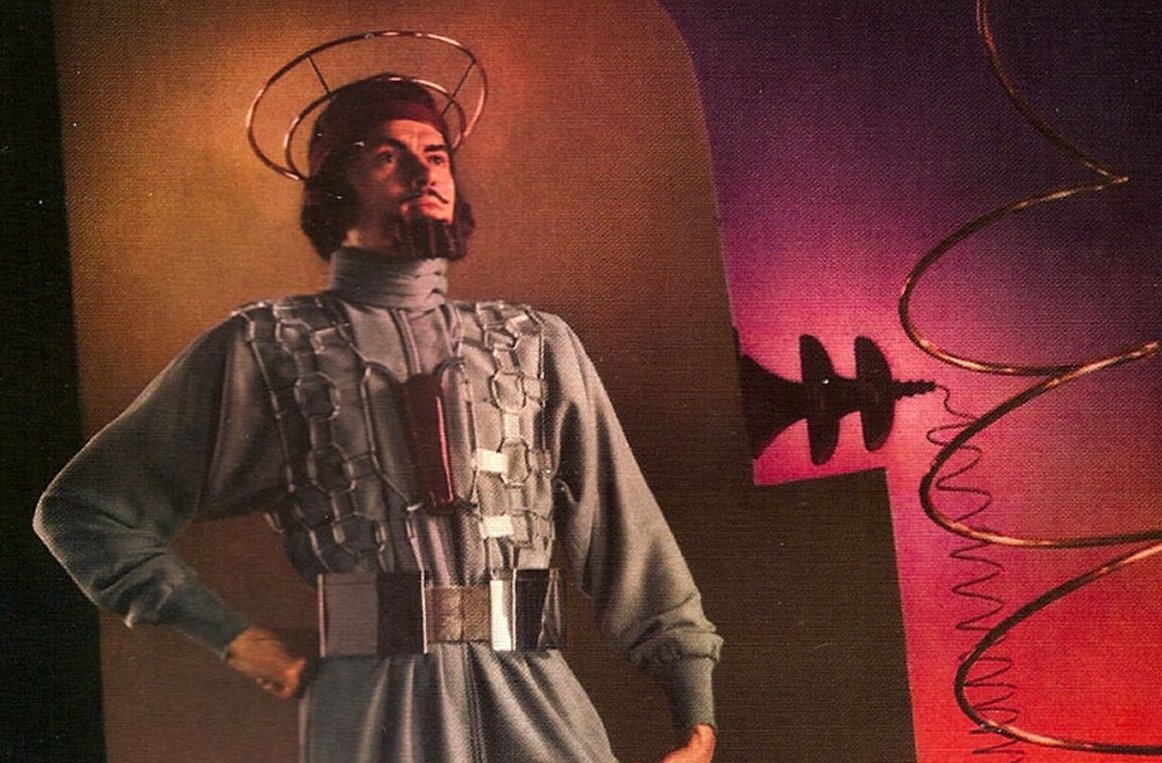 From Retrofuturism on Imgur: "February 1, 1939 issue of Vogue ran this photo of the 21st Century man, noting that he 'banishes buttons, pockets, collars, ties' and 'will revolt against shaving and wear a beautiful beard. His hat will be an an antennae - snatching radio out of the ether.'"

It's quite a look: half Brooklyn hipster, half suicide bomber.