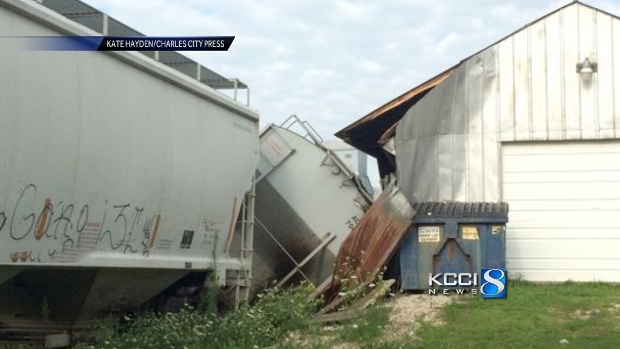 Last night in Charles City, Iowa, a freight train car separated from the track as it was changing connections and tipped right into the back of a bar. The name of the trackside tavern? DeRailed.