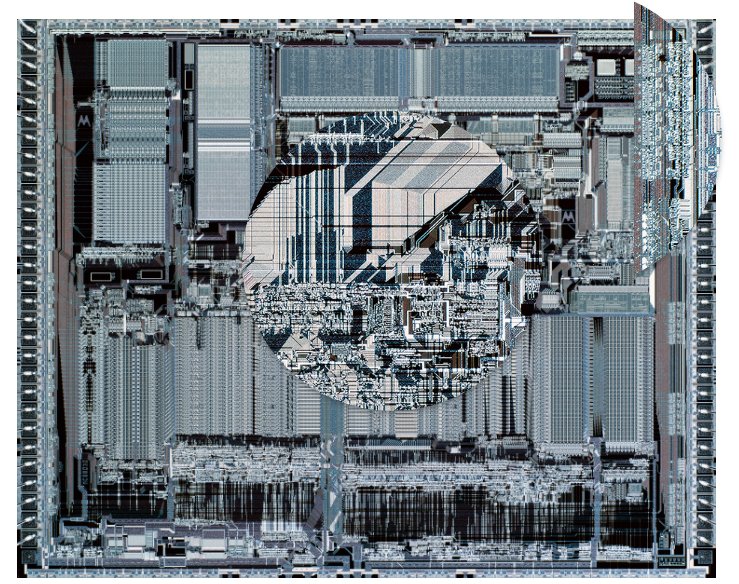 Christoph Morlinghaus got a gig photographing motherboards for Cisco and discovered that the chips he was shooting were spectacular at extreme magnifications, prompting him to create Motherboard, a collection of arty, high-rez images of boards.

The camera he uses for this has a 7'-long bellows and a 50mm lens, and he shoots 3 minute exposures to capture all the fine detail, reshooting if any vibration (passing trucks, etc) introduces shake while the aperture is open. Wired's made a neat webtoy that lets you run a magnifier over the resulting images to appreciate their gorgeous fine elements, looking for all the world like tiny cityscapes towered over by minutely vast skyscrapers.

Photographing something no larger than a grain of rice isn’t easy. Morlinghaus used a Sinar P2 8×10 camera with a seven-foot bellows and a 50mm f2.8 lens. He illuminated each processor with a pair of 12-inch closet lights, but still had to make three-minute exposures. This meant shooting several frames, because the slightest disturbance would blur the image. “Every time there was a truck driving by the studio, or someone in the building turned on AC, I’d have to do the entire thing again,” he says. Making each of the seven photos in the series took about a week, including scanning the negatives and painstakingly removing dust.