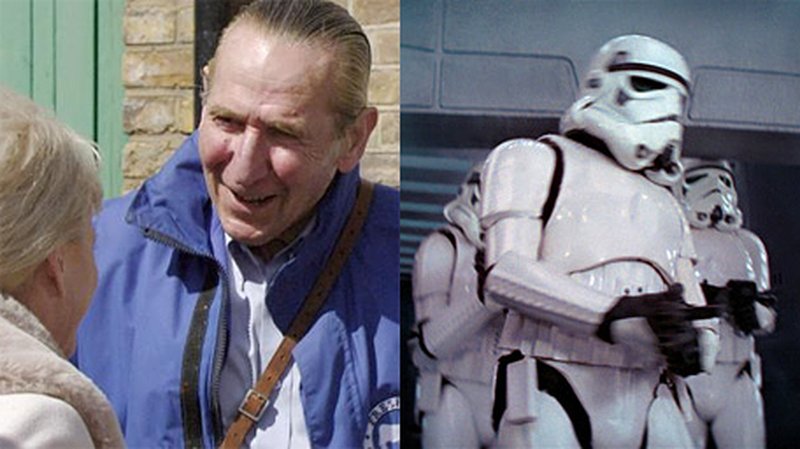 Michael Leader, famous in certain circles as a clumsy Star Wars stormtrooper who knocked his head on a door, has died. He was also known for playing the longtime milkman character in UK soap Eastenders.