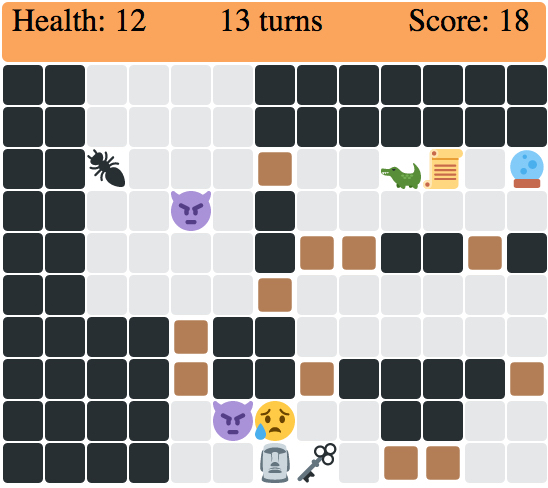 Tiny Dungeon Player hosted by Andrew Faraday (aka @MarmiteJunction) lets you explore emoji-filled dungeons. Eat pizza for health, pick up money, and find the keys while avoiding devils, gators, ants, and other nasties.