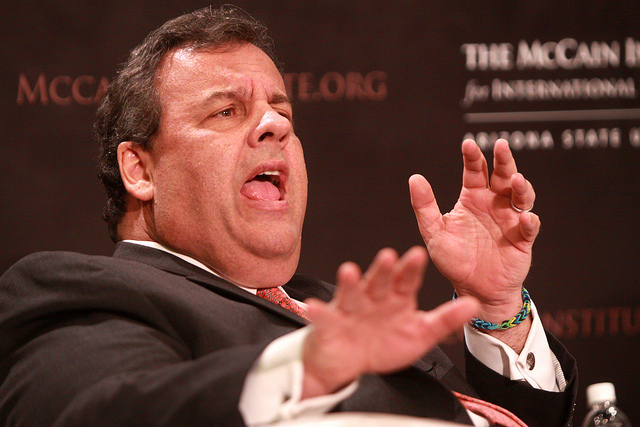 New Jersey governor Chris Christie has vehemently denied knowing anything about his staff's scheme to punish a local mayor by ordering lane closures on the George Washington Bridge in 2013. But today, prosecutors in the trial against two former Christie staffers charged with closing the lanes said Christie knew about it all along.

Prosecutors from the United States attorney’s office said that two of the alleged co-conspirators in the case, David Wildstein and Bill Baroni, had bragged to the governor about the lane closings, and that they had been done to “mess” with the mayor of Fort Lee because he had declined entreaties to endorse the governor’s re-election.

The prosecutor, Vikas Khanna, instantly advised the jury that they should not consider the actions of “others” or wonder why they were not charged.

The details of the plot that Mr. Khanna laid out were largely familiar by now: that one of the defendants, Bridget Anne Kelly, sent an email in August 2013 saying “time for some traffic problems in Fort Lee” after confirming that the mayor of that borough would not endorse Mr. Christie. A month later, two of three access lanes to the George Washington Bridge were shut down, and the other defendant, Mr. Baroni, the highest ranking official at the Port Authority of New York and New Jersey, which runs the bridge, studiously ignored the mayor as he pleaded by text, email and a handwritten letter for the agency to reopen the lanes.