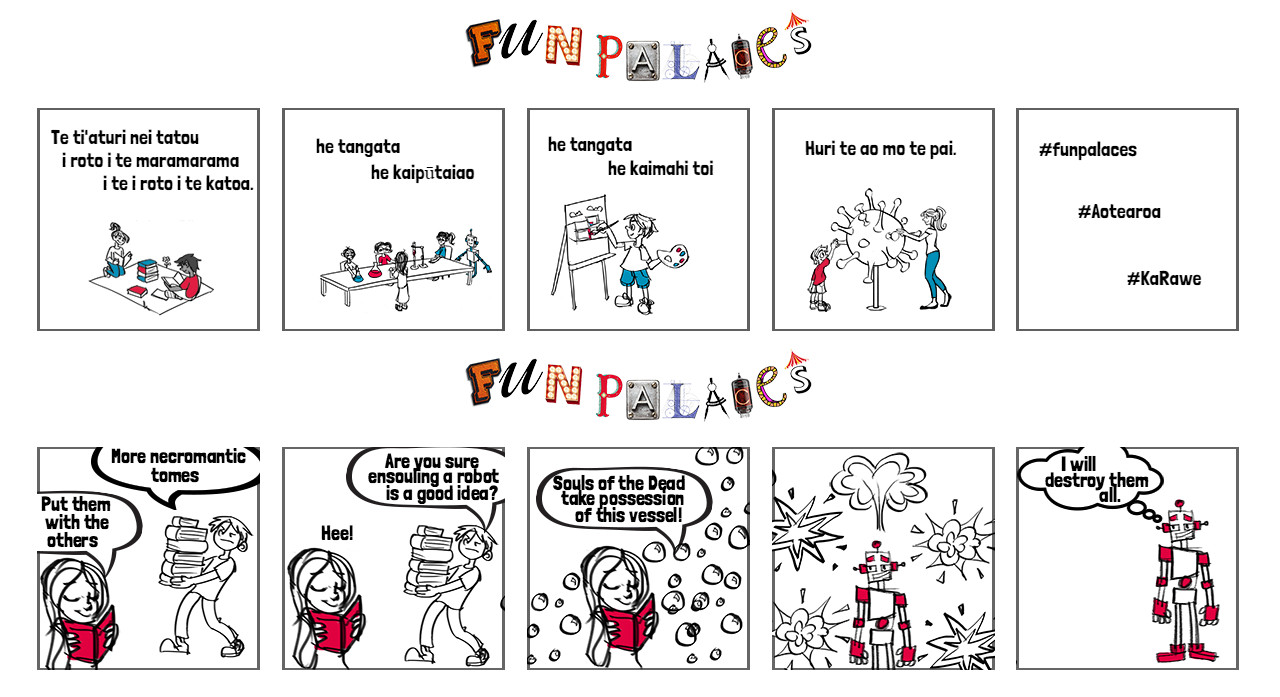 Australian libraries and games guy Matt Finch (previously) writes, "This year the Queensland State Library has designed and built a drag and drop comic maker for Fun Palaces and released the code on Github too.

"During the pilot project in 2015, the deceptively simple site encouraged users worldwide to surprise us with non-narrative comics, cheeky horror stories, and even comics in Te Reo Māori.

"Libraries aren't there to enforce a curriculum: they exist for the whole community to learn and create on their own terms. That's what makes this comic maker project special: it's meant to open the doorway to an understanding of 'digital literacy' which is not just about consumption; which is open, flexible, and most importantly, capable of surprising us.

"This year, people won't just be surprising us with their stories - they'll be free to take our code and reimagine the project wholesale."