Dice so nerdy, they make other dice seem not nerdy 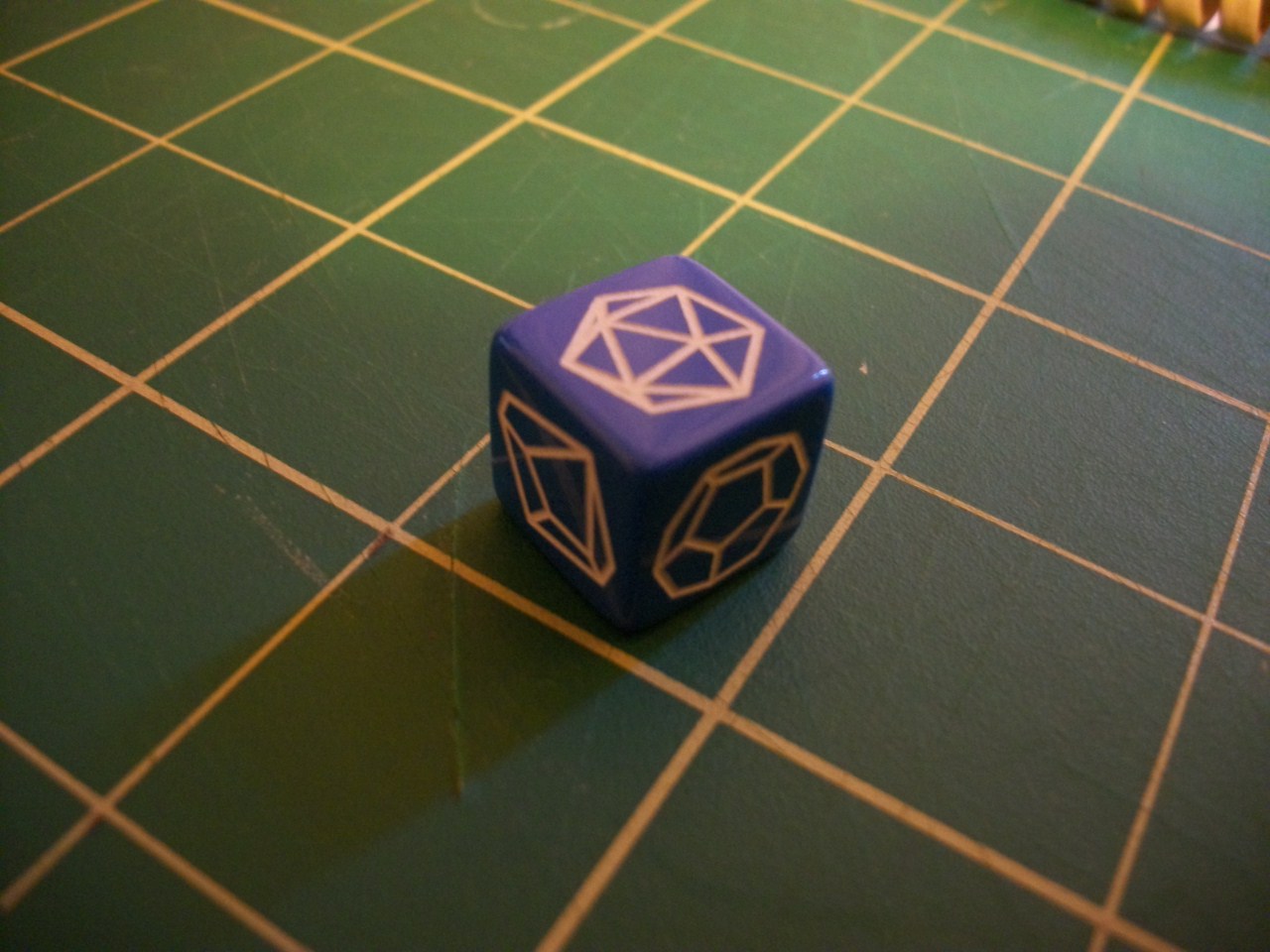 Eric Harshbarger's weird, laser-engraved dice are a tour-de-force: a pair of D6s for figuring out where to go for dinner in NYC; another D6 to figure out which die you should roll; an all-20s critical hit D20; Sicherman D6s that have different faces to a normal D6 pair, but the same probability distribution; punctuation mark dice (I've had students who were definitely using these); dice for indecisive people, and so on.

Harshbarger's makes and sells the dice on demand at $3-20 each depending on the size and complexity (he'll also entertain custom dice proposals) -- and don't miss his nerdy pencil selection.

Currently I am engraving 4-, 6-, and 20-sided dice. Initially all of my 6-sided dice were 5/8" (16mm), but I have also begun engraving 6-sided dice that are 1". Pretty much any of the 6-sided dice that you see below may be created at this "jumbo" size (though they are more expensive). These larger dice are only available in red, blue, and green colors. Here is a comparison of sizes -- using my Trigonometry Dice -- 5/8" vs. 1"... plus a quarter coin shown for scale.