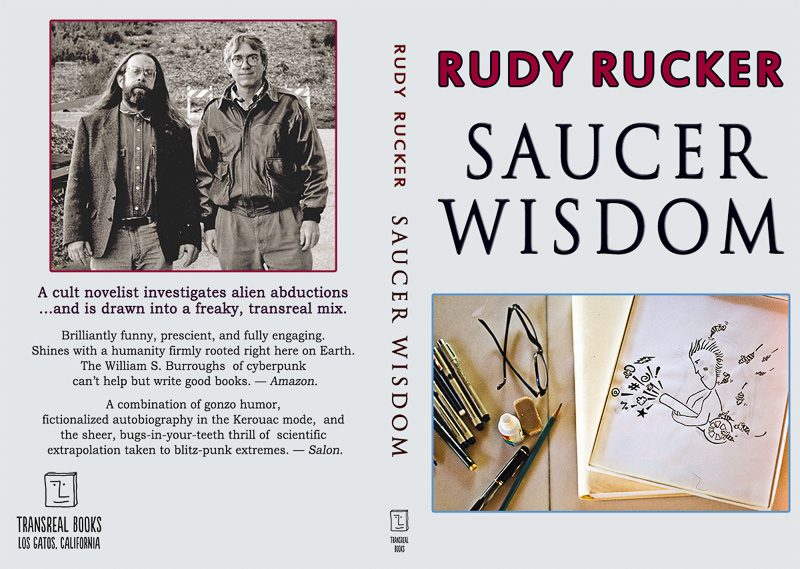 Science fiction writer/hacker/mathematician Rudy Rucker (previously, a Gold Star Happy Mutant if ever there was one, has reissued five of his classic titles with new forematter and his own paintings on the covers, priced to move at $12 for paperbacks and $2 for DRM-free ebooks: Saucer Wisdom ("brilliantly funny, prescient, and as fully engaging as a coffee-fueled late-night conversation with a slightly manic genius"); Spacetime Donuts ("A plugged-in rebel becomes the incredible shrinking man"); The Sex Sphere ("An alien named Babs and her crew take the form of disembodied sex organs that attach to human hosts"); The Secret of Life ("A coming-of-age science fiction novel, blending realism and the fantastic in a transreal style"); and White Light ("A hipster math prof's journey to Abosolute Infinity...and back").

Hot New Editions of 5 of my Novels
[Rudy Rucker]