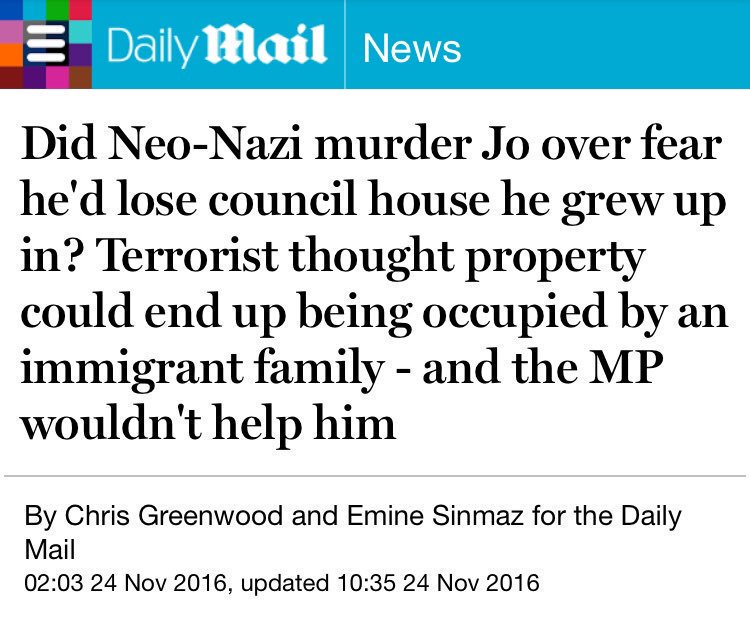 Last June, Labour MP Jo Cox was murdered by a neo-Nazi who was outraged by her anti-Brexit stance; that man is now on trial.

The Daily Mail -- a newspaper that backed Hitler and Mussolini in their rise to power -- has found new lows to plumb in its coverage of the trial, with a screaming headline that blamed immigrants for the murderer's moral panic, suggesting that he killed Ms Cox because he feared that the council house he grew up in would "end up being occupied by an immigrant family."

Creative writing exercise #1: What if a burst colostomy bag could talk? What would it say? Describe the toxicity and repugnance. #DailyMail [Richard Littler/Twitter]