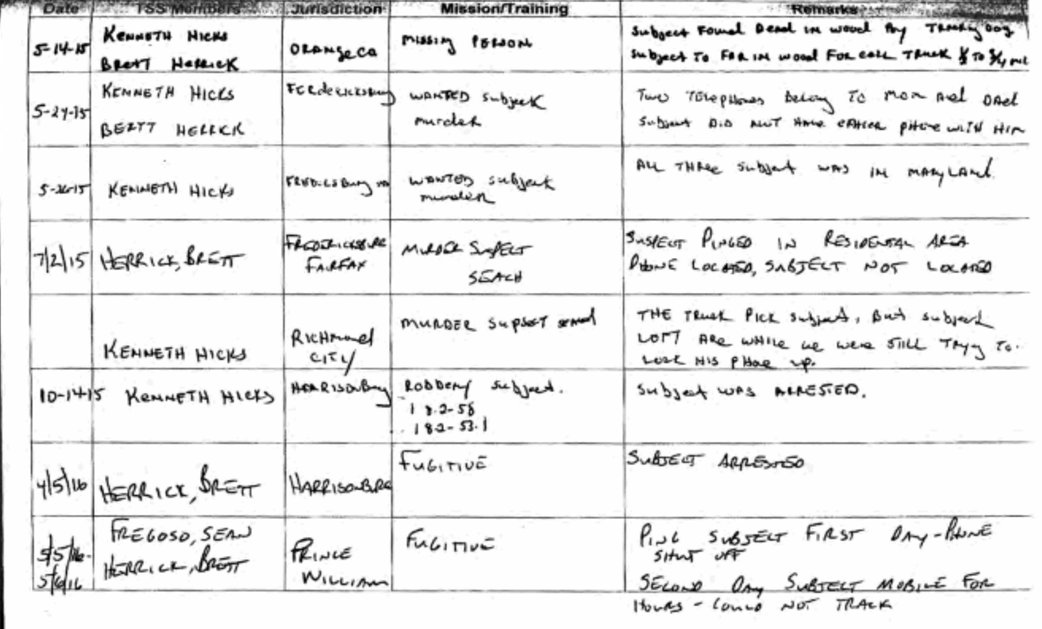 Muckrock has been sending Freedom of Information requests to state police forces to find out how they're using "cell-site simulators" (AKA IMSI catchers/Stingrays), and they hit the motherlode with the Virginia State Police.

The VSP documents show that the force bought a $585,265 phone-spying device -- which came with its own modified Chevy Suburban as a kind of mobile casemod -- that they used 12 times, and which failed 4 times, meaning that the Virginia taxpayers were spending $50,000/use for a tool that failed two thirds of the time.

This log dates from May 2015 and details the 12 times that the VSP have used this equipment. Judging from the log and its specificity regarding the cases the DRTbox was used in, these are examples of cases that the VSP got a warrant for prior to DRTbox use.

A glance at the log seems to show that in at least 5 out of the 12 instances it was used, the device turned out to be ineffectual in locating the suspect.

To Claire Gastanaga, Executive Director of the ACLU of Virginia, the cost of all this is a little stunning. “If the log fully documents all usage of the device since it was acquired, each of the 12 uses cost almost $50,000, and only 4 of them resulted in an arrest,” she noted.

“The relative infrequency of the use documented in the log they shared with you raises a significant question whether the more than half million dollars spent on the device and the vehicle in which it was installed, was a wise investment of public funds.”