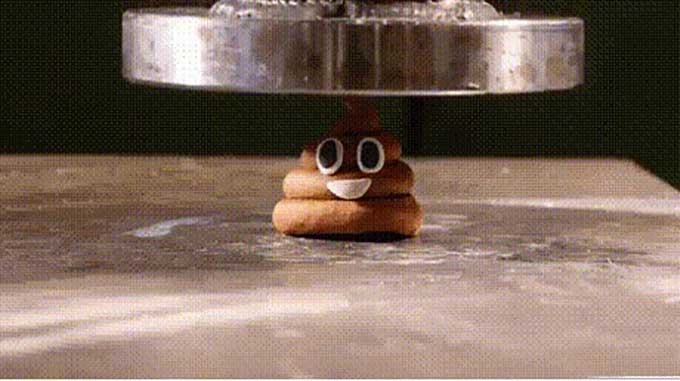 ...and the result is oddly satisfying.

The legendary hydraulic press is now heated to a thousand degrees to provide additional crushing pleasure. Here, in an unusually pointed metaphor, a Nokia candybar phone bursts into flame as it is compressed. What can defeat the hydraulic press? Glass!

If you like The Slow Mo Guys and The Hydraulic Press Channel, you might enjoy this mashup of a deck of cards getting smooshed at 28,500 fps and 90,000 pounds of force.

I’m still addicted to the Hydraulic Press Channel on YouTube (previously, previously), but am careful only to force you to endure the very best crushings. Here, a roll of duct tape.