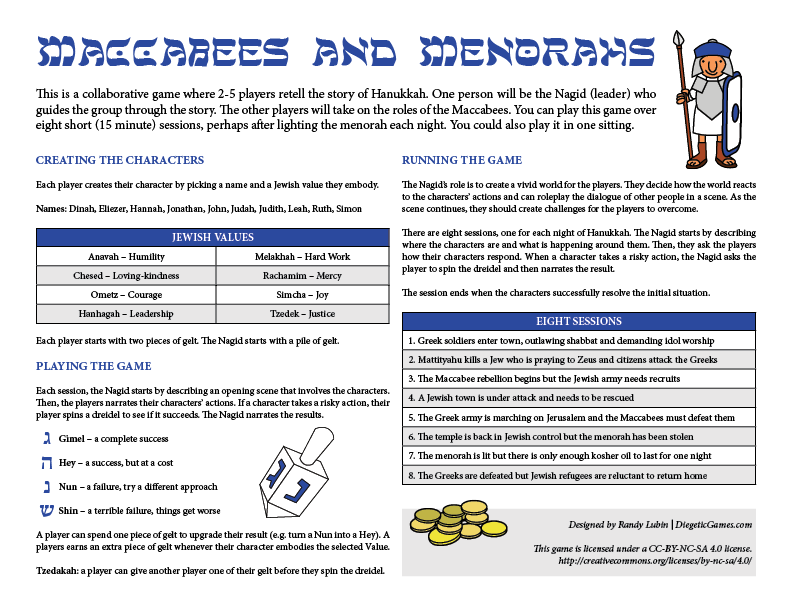 Randy sez, "Maccabees and Menorahs is a one page RPG played with a dreidel and gelt. Designed to run over 8 short sessions, one for each night of Hanukkah."

Maccabees and Menorahs is a collaborative game where 2-5 players retell the story of Hanukkah. One person will be the Nagid (leader) who guides the group through the story. The other players will take on the roles of the Maccabees. When an outcome is uncertain, players spin the dreidel to find out what happens.

This game is designed to be played over eight short (15 minute) sessions, perhaps after lighting the menorah each night. You could also play it in one sitting.

This game is licensed under a Creative Commons BY-NC-SA 4.0 license. That means you're free to share and remix it as long as you keep it free and share it under the same license.