Bridal bouquets but with cats instead 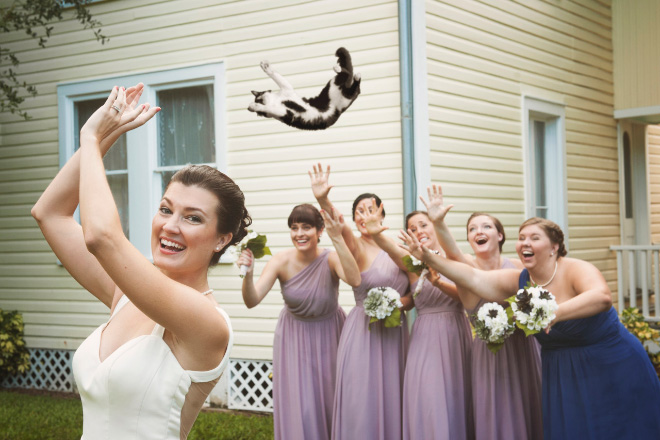 Brides Throwing Cats is a site dedicated to "photoshopping cats in place of bouquets" in shots of brides (and occasionally grooms) hurling bouquets.

No cats were harmed in the making of this tumblr and we certainly don’t encourage anyone to throw a cat ever, let alone on their wedding day. Still reading? Well one last time, seriously, this is fake.