Casemodder builds a tiny, perfect living room inside a PC 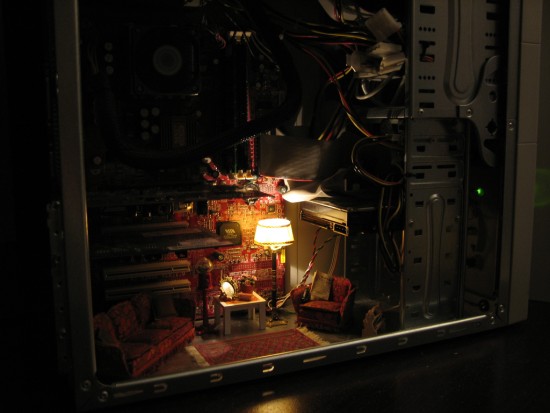 The craftperson behind this wonderful, tiny room inside a PC tower is unknown, but they have a flair for detail and style -- dig that tiny newspaper! (via Crazy Abalone)