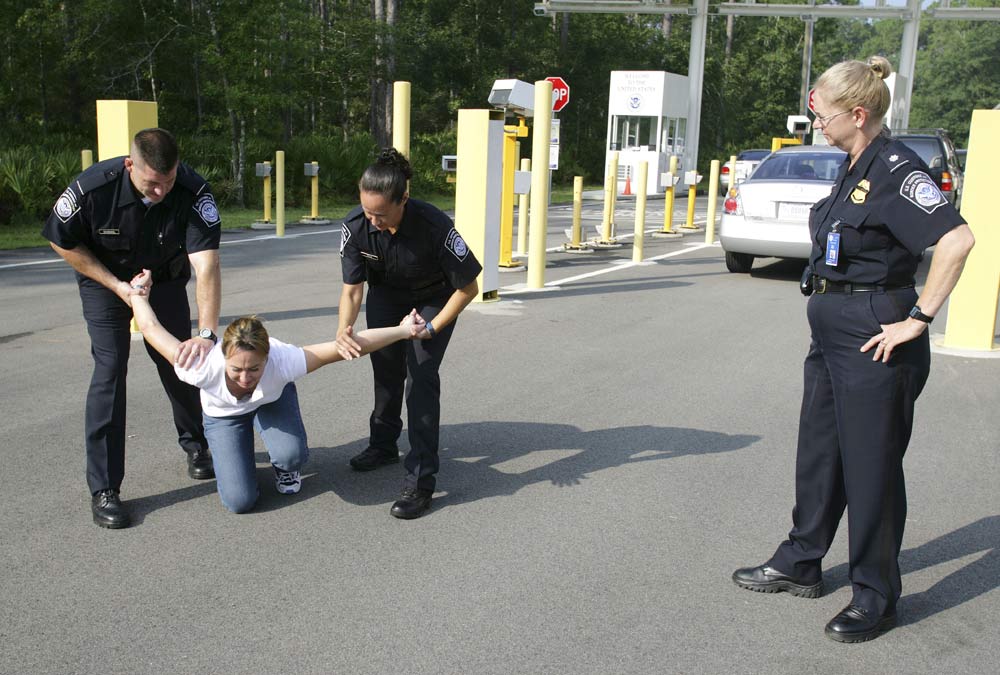 Donald Trump has vowed to crack down on immigration in America and has attempted to turn immigration cops into a kind of Praetorian Guard with flattery and promises of hiring bonanzas (the agencies have been very amenable to this sort of thing, ignoring judges and Congress and insisting that they will do anything Trump orders them to do).

Trump's promised to hire 5,000 CBP officers, but according to Benjamin Huffman, CBP's head of strategic planning and analysis, the Patrol is struggling to find qualified applicants -- indeed, they're thousands short of the Obama-era target, and he fears a mass exodus of his staff to ICE, to whom Trump has gifted 10,000 new hires, and whose employees don't have to work in punishing border environments.

CBP's problem is that applicants have to be qualified as well as willing: without criminal records, able to pass a (pseudoscientific) polygraph test, etc. Meanwhile, 1,000 CBP officers quit every year. Two thirds of prospective CBP hires fail their (again, pseudoscientific) lie-detector tests.


Tony Crowder, CPB's executive director of Air and Marine Operations, says that part of the problem is that Millennials don't remember 9/11 and are thus not particularly motivated by talk of "defending the homeland."


CBP deputy commissioner Randolph "Tex" Alles is frank about the problems of rapidly hiring armed police officers who operate in the field, far from direct oversight: "No law enforcement agency has ever grown rapidly and not had problems with corruption."

Officials said tough screening, especially a lie-detector test, rejected many qualified candidates, and that tough conditions such as living in remote, rugged areas prompted more than 1,000 agents to quit every year.

“Some people just don’t want to live there,” said Randolph “Tex” Alles, acting deputy commissioner of CBP, a 60,000-strong agency that includes Border Patrol. “Hiring challenges are not new. Attracting and recruiting high quality individuals is a challenge for us.”

Border Patrol officials are especially nervous that a planned expansion of Immigration and Customs Enforcement (Ice) – Trump has ordered it to add 10,000 agents – will precipitate a stampede to the sister organisation. “There’s a real concern that a lot of that will come from Border Patrol,” Huffman said.