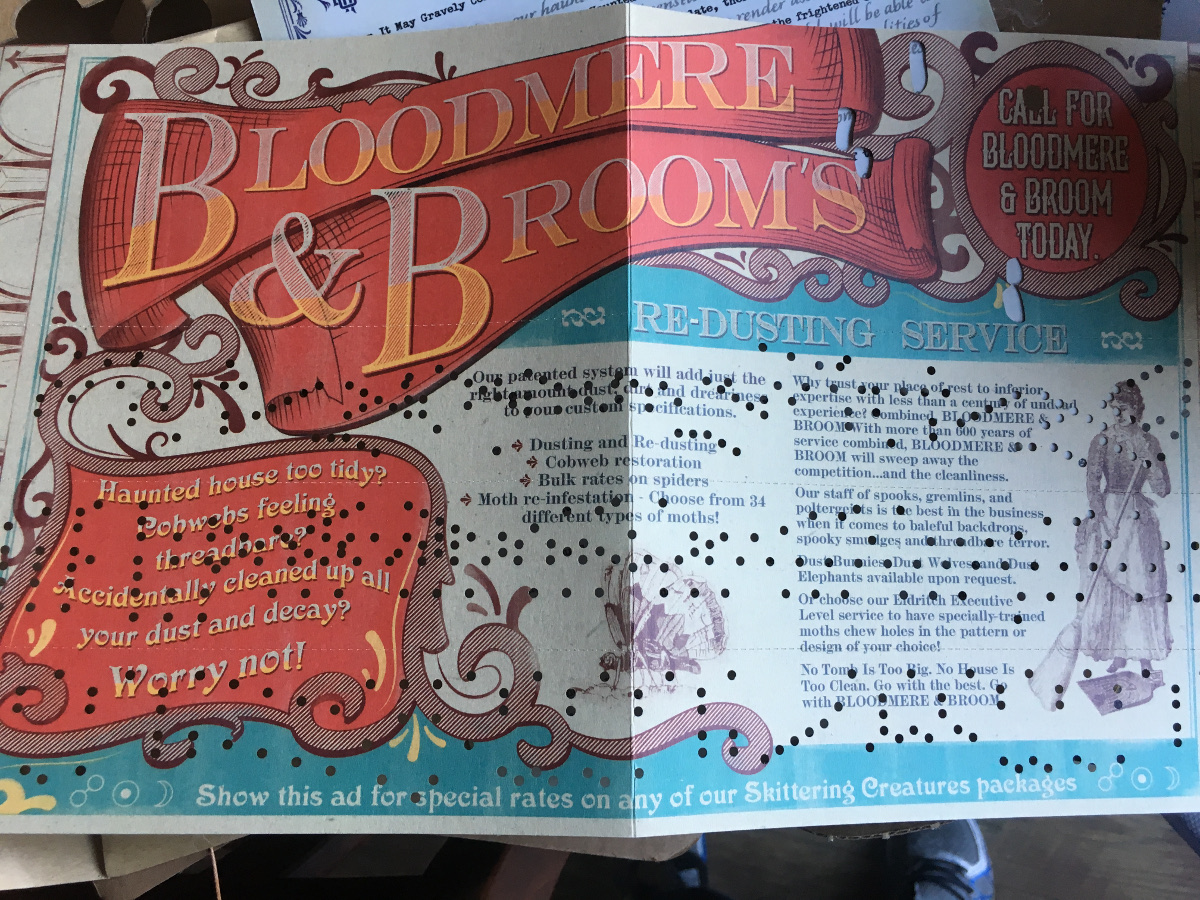 When I wrote about the Haunted Mansion loot crates ("Ghost Post") last March, what I couldn't say was that I was a writer on the project, penning the radio scripts, newspapers, letters, and associated gubbins and scraps that went along with the three boxes of custom-made props and merch, tying them together into a series of puzzles that the boxes' 999 owners solved together over the internet.

That's because the work -- like all the contracting I do for Imagineering -- was covered by a legendarily exhaustive non-disclosure agreement that is standard for all Disney contractors.

But! The Ghost Post won a Thea Award for Outstanding Achievement last night from the Themed Entertainment Association, and Disney graciously listed all the contractors who worked on the project in the credits for it -- including me!


This was one of the coolest projects I've ever worked on, thanks in large part to Sara Thacher, who led the team, but also the other creatives on it, including Wondermark's David Malki, and the magic propmasters Derek Delgadio and Michael Weber.

The boxes sold out in hours, and they go for silly money on Ebay now. I'll definitely treasure my set forever.