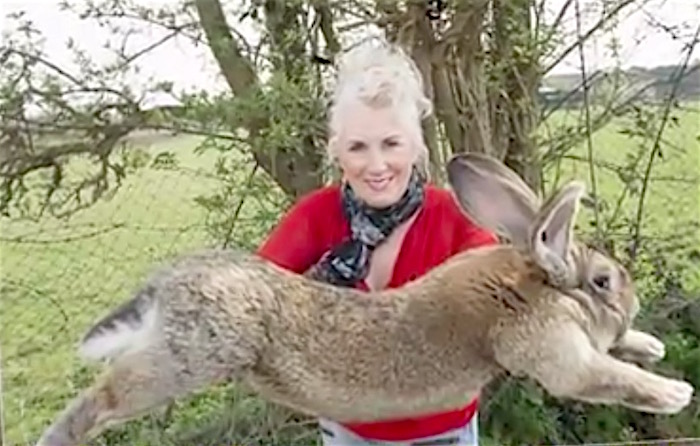 It hasn't been a good month for United Airlines – or, rather, its passengers. First Dr. Dao gets beat up by security while sitting in his United seat until he's toothless and unconscious, while on the same day a scorpion on another United flight stings a passenger in the hand. This week the unlucky passenger was Simon, a 3-foot-long rabbit who was being sent from Heathrow to Chicago's O'Hare International Airport. He was perfectly healthy upon boarding the plane, but was found dead when it was time to deboard in Chicago.

According to The Telegraph:

“Simon had a vet’s check-up three hours before the flight and was fit as a fiddle,” breeder Annette Edwards, of Stoulton, Worcs, told The Sun.

“Something very strange has happened and I want to know what. I’ve sent rabbits all around the world and nothing like this has happened before.”

At least United Airlines had the good sense to apologize this time around.

"We were saddened to hear this news,” a United Airlines spokeswoman said, according to the Mirror.

"The safety and wellbeing of all the animals that travel with us is of the utmost importance to United Airlines and our PetSafe team.

"We have been in contact with our customer and have offered assistance. We are reviewing this matter."

Simon, who had just been sold to an unnamed celebrity and was on his way to meeting his new owner, was the son of Darius, a rabbit who measured 4' 4" long and holds the Guiness World Record for the world's longest rabbit. Edwards says Simon would probably have beaten that record.