How to: avenge yourself on the Republicans who voted to nuke your healthcare 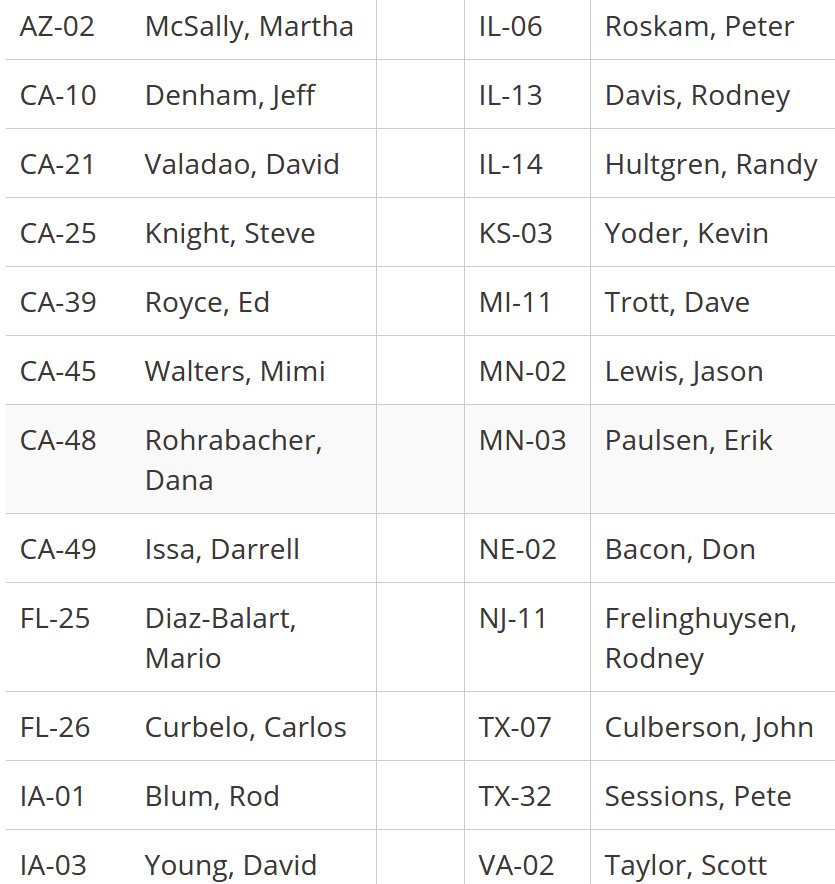 24+ of the Republican lawmakers who voted yesterday to take away healthcare from tens of millions of Americans, including survivors of rape and domestic abuse are in vulnerable districts, having won their seats with less than 50% of the vote.

You see where this is going, I trust.

Actblue has created a "nominee fund" that you can contribute to that will contribute to the candidate of whichever person becomes the Democratic candidate in those Republicans' districts -- and the money you put into that fund will be visible to those GOP lawmakers, hanging over their heads for the rest of their terms, demoralizing them and making them into timid and divisive stumbling blocks for the entire legislative session.


Recall that the average sitting Congressjerk spends 4 hours a day calling millionaires, begging for money to fund their next electoral run. This stuff matters. A lot.

Daily Kos suggests giving $24 to the fund, $1 for each of the vulnerable lawmakers. I gave $48. Donate here.

It’s so early in the election cycle that we don’t yet know who every GOP incumbent’s Democratic opponent will be. In some cases, no challengers have emerged yet. In others, we can expect primaries. But at some point next year, we’ll have our candidates—and we already have a way to make sure they hit the ground well-funded, even if we don’t even know their names just yet.

The fantastic folks at ActBlue have created something called “nominee funds” that you can donate to immediately. These funds are organized on a district-by-district basis: You contribute now, and all money is held in escrow until after each state’s primary. At that point, the cash is transferred in one fell swoop to the Democratic nominee, who can then start using the money for his or her general election campaign pronto.