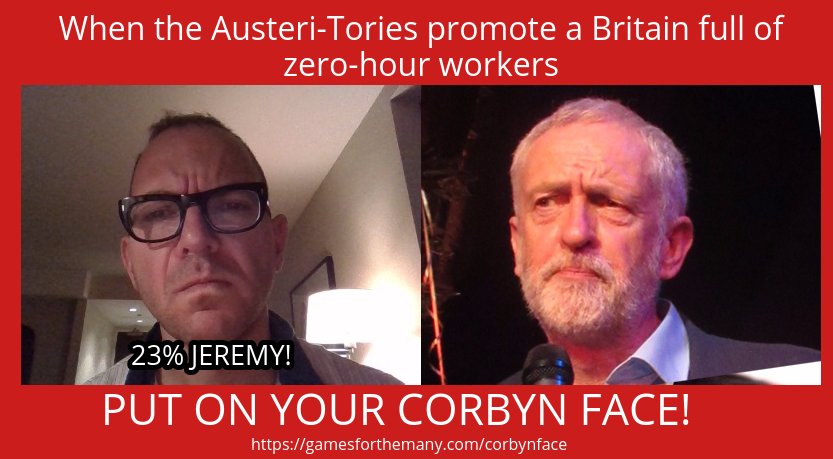 Games for the Many sends us Put on Your Corbyn Face, "A web game where you are challenged to match the emotions of a photo Jeremy Corbyn. Possibly the first web game you play with empathy and emotion."