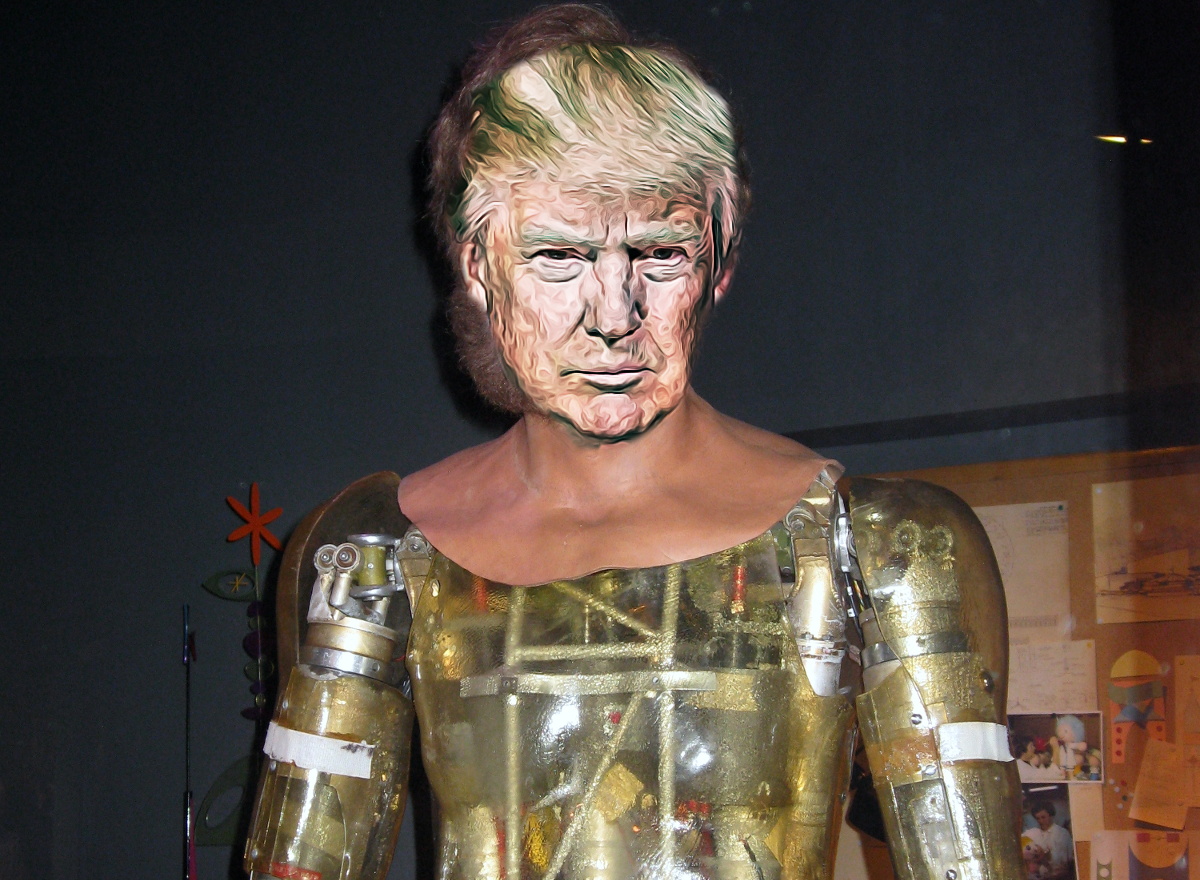 For decades, new US presidents were welcomed to Walt Disney World's Hall of Presidents with a robot carved in their honor, and which would deliver a short, recorded speech voiced by the incoming POTUS himself -- but the idea of a talking Trumpbot is so repugnant that the entire show is reportedly being rolled back to an earlier version (nominally to shorten it), eliminating the speaking roles of everyone except Lincolnbot and Washingtonbot.

Disney World castmembers have long used the Hall of Presidents as a locus for pranks (putting Nixonbot in handcuffs, slipping a condom into the breast-pocket of Clintonbot), but the likely fallout of a divisive, white supremacist con-artist delivering canned lines every 20 minutes for four years (or less?) was apparently too much for the parks, according to an anonymous whistleblower who spoke to Motherboard's Kevin Wong.

The Disney Company has a complicated relationship with Trumpism. Chief Executive Bob Iger scandalized his employees by joining Trump's financial advisory panel. But the company has an exemplary record on LGBTQ rights and Walt Disney World was long famed as a the largest employer of LGBTQ people in the southland, something that prompted boycotts and denouncements from Southern Baptists and other reactionary evangelical cults.

"Given how polarizing the president is right now, Disney Parks & Resorts is currently trying to find [a solution] that approaches middle ground," said the source in an interview with Motherboard. "They want to include our 45th commander-in-chief in this 45-year-old theme park attraction, while at the same time, not seem to endorse or support some of Trump's more controversial policies."

"Given President Trump's current problems," continued the source, "Walt Disney World might elect to push the attraction's opening date back to the fall and then make further tweaks to the show."

...Another contributing factor to Trump's auditory exclusion is his own lack of participation and obstinance. Disney reportedly reached out to Trump starting in January, but there has been no compromising effort to get things moving.

"That's a part of this—just getting time with him [to record]," said the source. "I guess there's also been some back-and-forth on his proposed script, which is something they're hoping to use as a 'Get Out of Jail Free' card. If he's not available to record, they can use that as a legitimate excuse… that's kind of what Disney's hoping for."

..."They were convinced that Hillary was going to win," said the source. "They were having conversations in late October and early November on how to dress her. 'Should it be the pantsuit she wore at the [Democratic] National Convention? Or should it be a darker color?' They were thinking along those lines. No one was giving any serious thought to it being Trump."

Disney / Down and Out in the Magic Kingdom / florida / themepunks / trumpism