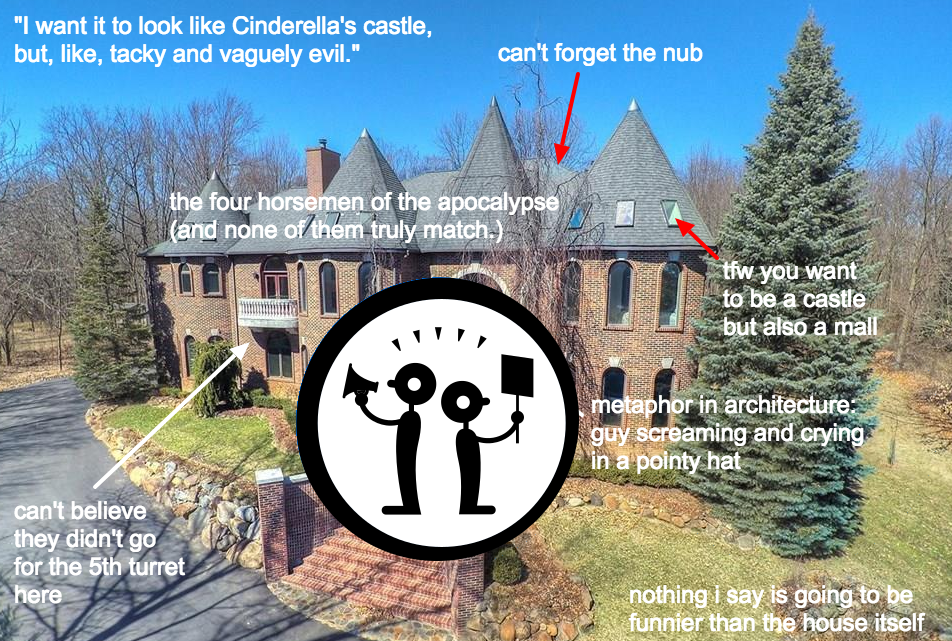 McMansion Hell is a hilarious blog where Johns Hopkins Peabody Institute graduate student Kate Wagner posts scorching critiques of the architecture of McMansions -- but this week, Wagner announced that she had shut down her blog after spurious legal threats from Zillow, which admits that it doesn't even hold the copyrights to the images it wants Wagner to stop using.

But today, Wagner announced that the Electronic Frontier Foundation (disclosure: I am a contractor to, member of, and supporter of the EFF) would be defending her pro bono, and urged her fans to support EFF.

The heroic, stupendous, inimitable Electronic Frontier Foundation (EFF) is currently representing me. We will respond to Zillow’s statement soon. The blog will be back up (as McMansionHell.com) once more soon as well.

Anyone wanting to donate for legal fees PLEASE make a contribution to the EFF so they can continue doing their wonderful work!

If you want to support the financial continuation of my work specifically, my Patreon is always up as well!

Thank you all once more for your love and support.