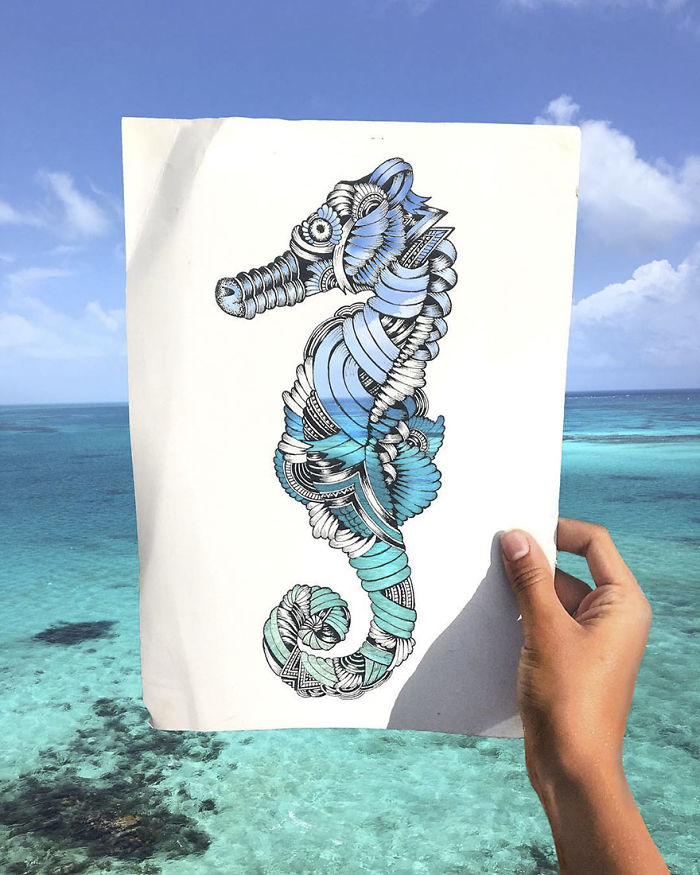 Faye Halliday recently started making variants of her intricate animal drawings with cut-out sections. She then held them up in beautiful locales to create a delightful effect.

Check out more of her stuff on her Haathi site.