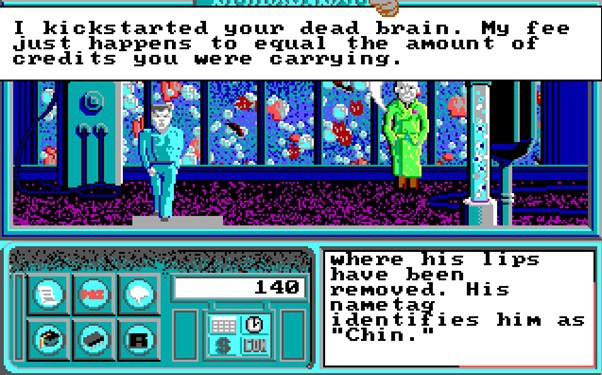 Hill gets it, especially how the game seeks to understand cyberspace as a city. But I think he's wrong in suggesting that contemporary hardware limitations ("a step up from a calculator") were the game's undoing. If anything, I feel that the cusp of the 16-bit era was perfect for implementing Neuromancer as a solipsistic, non-networked adventure game. Indeed, much of the history of the 16-bit era can be read as increasingly successful efforts to implement the vision of Neuromancer as a narrative experience rather than a labyrinthine multidimensional bulletin board.