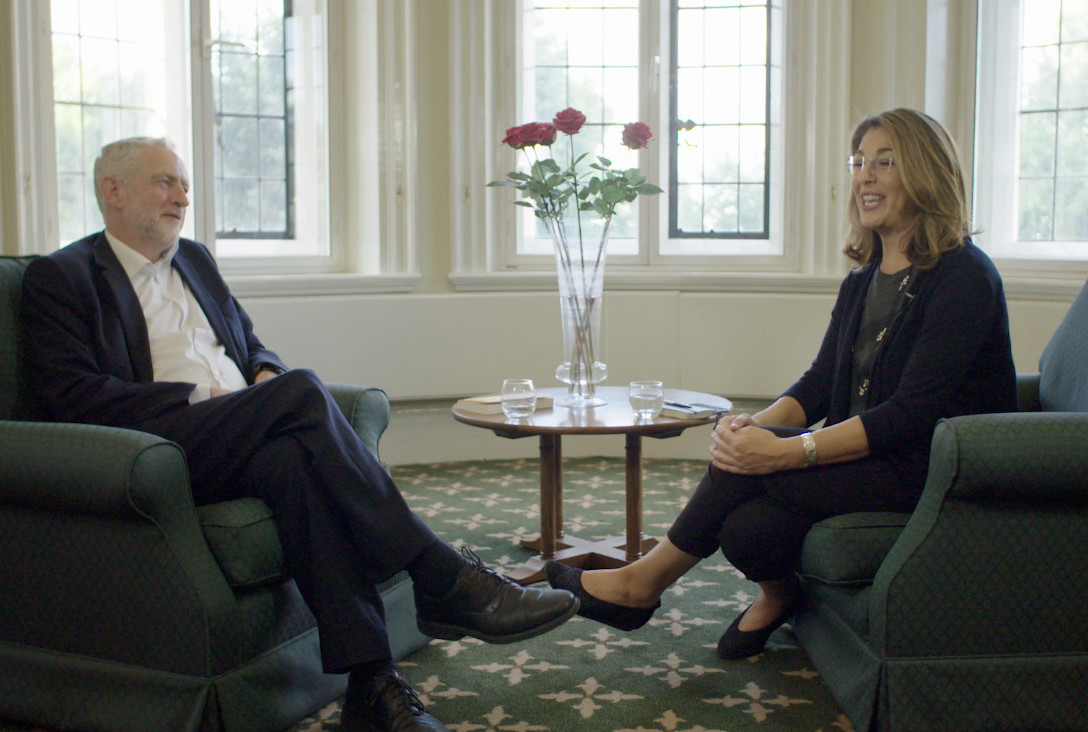 Naomi Klein (previously) is the author of several voraciously readable, hugely influential books about radical politics, most recently No is Not Enough, which calls for a positive vision for a different, better future, going beyond the idea of replacing Trump, May and other neoliberal leaders with slightly less neoliberal leaders who might be slightly better on climate change or women's reproductive rights -- as the joke goes, "A conservative wants the world to be run by 150 white, male CEOs; a liberal wants to be sure half of them are women and/or people of color."

Klein's ideas chime with the growth of left-wing, anti-establishment tendencies around the world, notably Bernie Sanders in the USA and Jeremy Corbyn (previously), whose recent UK election performance showed unexpected and ferocious support for his ideas, to the shock of Labour party establishment figures. Since then, Corbynism has only grown in popularity.


Klein is now a staffer with The Intercept, and in this video, she interviews Corbyn on the current political moment and what there is that might be seized -- or lost -- from it.

NK: I feel like what your campaign has done, and the boldness of the Labour Manifesto – and this election campaign has proved that when you put the ideas forward, when you put the bold vision of the world we actually want – not just the opposition to austerity, you know, not just the “no,” but also a picture of the world that could be so much better than we have, that’s when people get excited.

JC: The strongest message – indeed. I said this at many, many rallies and events we held: “Look around the crowd. Look at each other. You’re all different. You’re all unique. You’re all individuals. You have different backgrounds, languages. Different ethnic communities. But you’re all united. You’re united in what you actually want in the sense of a collective in society.”

And I think the election campaign was a turning point away from the supreme individualism of the right towards the idea that you’re a better society when you have a collective good about it.

NK: And what about that picture of the world after we win? How important is that?

I want a foreign policy based on human rights, based on respect for international law, based for recognizing the causes of the refugee flows, the causes of the injustice around the world. And that is something we’re developing. And indeed, there were some awful events during the election campaign. Before the election started there was an attack on Westminster itself and on Parliament. There was then the dreadful bomb in Manchester. And then there was an attack in London on London Bridge.

VIDEO: NAOMI KLEIN AND JEREMY CORBYN DISCUSS HOW TO GET THE WORLD WE WANT [Naomi Klein/The Intercept]