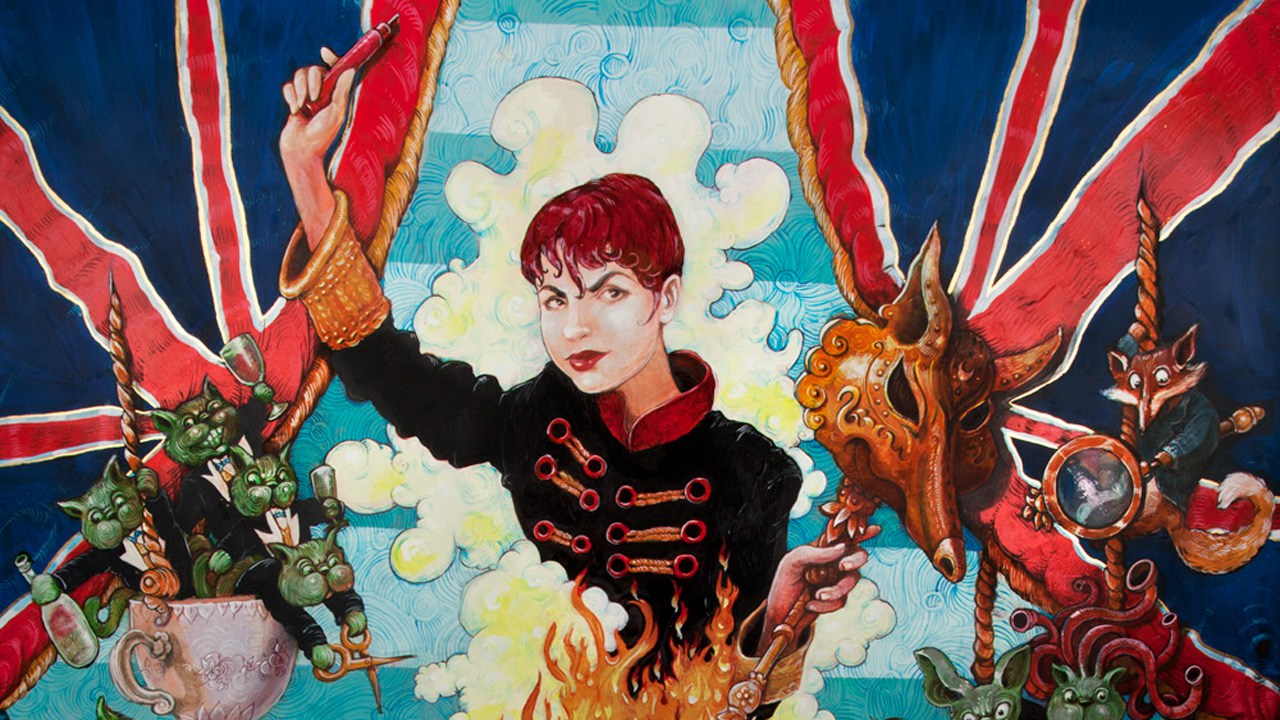 Bitch Doctrine, published today, collects dozens of her more recent pieces, all the way up to the eve of the Trump election, grouped thematically: the US election, "Love and Other Chores," culture, gender, agency, backlash, violence, and future.

If you've followed Penny's work, you'll know that the thing that sets her apart from other enraged columnists is her empathy: her ability to understand the self-serving rationalizations, radioactive bullshit, and emotional damage that drives men to threaten her with rape and murder for pointing out that things aren't exactly fair.

But while Penny is perfectly capable of understanding her ideological opponents -- better than they understand themselves, without a doubt -- she doesn't offer them any sympathy. This sympathy -- no less well-informed, no less analytical -- is reserved for people who are getting the shittiest end of the stick: trans people, people of color, poor people, disabled people, other women. Even when she feuds with them, even when she is laid low by anger from her allies, she does the hard work to look past her own hurt feelings, to the missteps that let her to a place of conflict.

Penny is a bridge between two modes of political writing, a hybrid that gets the best of both and offsets their deficits: on the one hand, she's clearly in the Hunter S Thompson gonzo tradition (her adventures running down violent neo-Nazis in Greece are a match for anything HST wrote about Hell's Angels or police detective conventions); on the other hand, she's got the scholarly habit of finding and presenting an issue from every side, even the ones she disagrees with. But while the gonzos reduce their opponents to caricatures, and while scholarly work can dissolve the point of view into a view from nowhere, wishy-washy and free from any kind of thesis or real muscle, Penny is able to forcefully convey her point of view, and back it up by showing that she understands exactly what her opponents are thinking, and why, precisely, they are full of shit.

This is a delight of a book. While other ranty political collections are something of a guilty pleasure, Penny's essays are righteous ones, arguments that don't just preach to the choir, but also to the people slipping bomb-threats under the church doors.