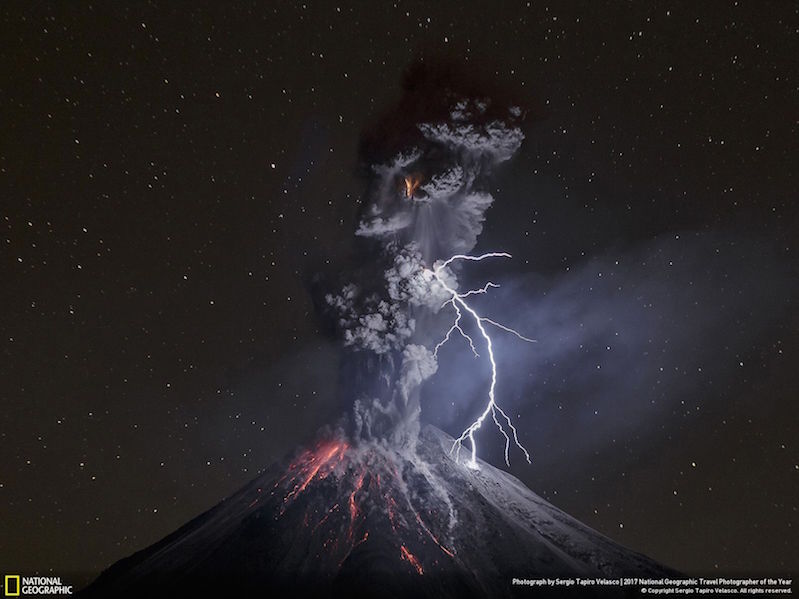 National Geographic's Travel Photographer of the Year Contest has announced the 2017 winner, and the grand prize went to Sergio Tapiro Velasco for this otherworldly shot of Mexico's Colima volcano erupting at night.

He is no stranger to getting amazing shots around volcanoes. He says of the moment:

I was in the town of Comala when I suddenly saw incandescence above the volcano's crater and started shooting. Seconds later, a powerful volcanic explosion expelled a cloud of ash particles and a massive lightning bolt illuminated most of the dark scene. It was one of the most exciting moments of my life.

Most of the images are available to download as wallpapers, so check it out!