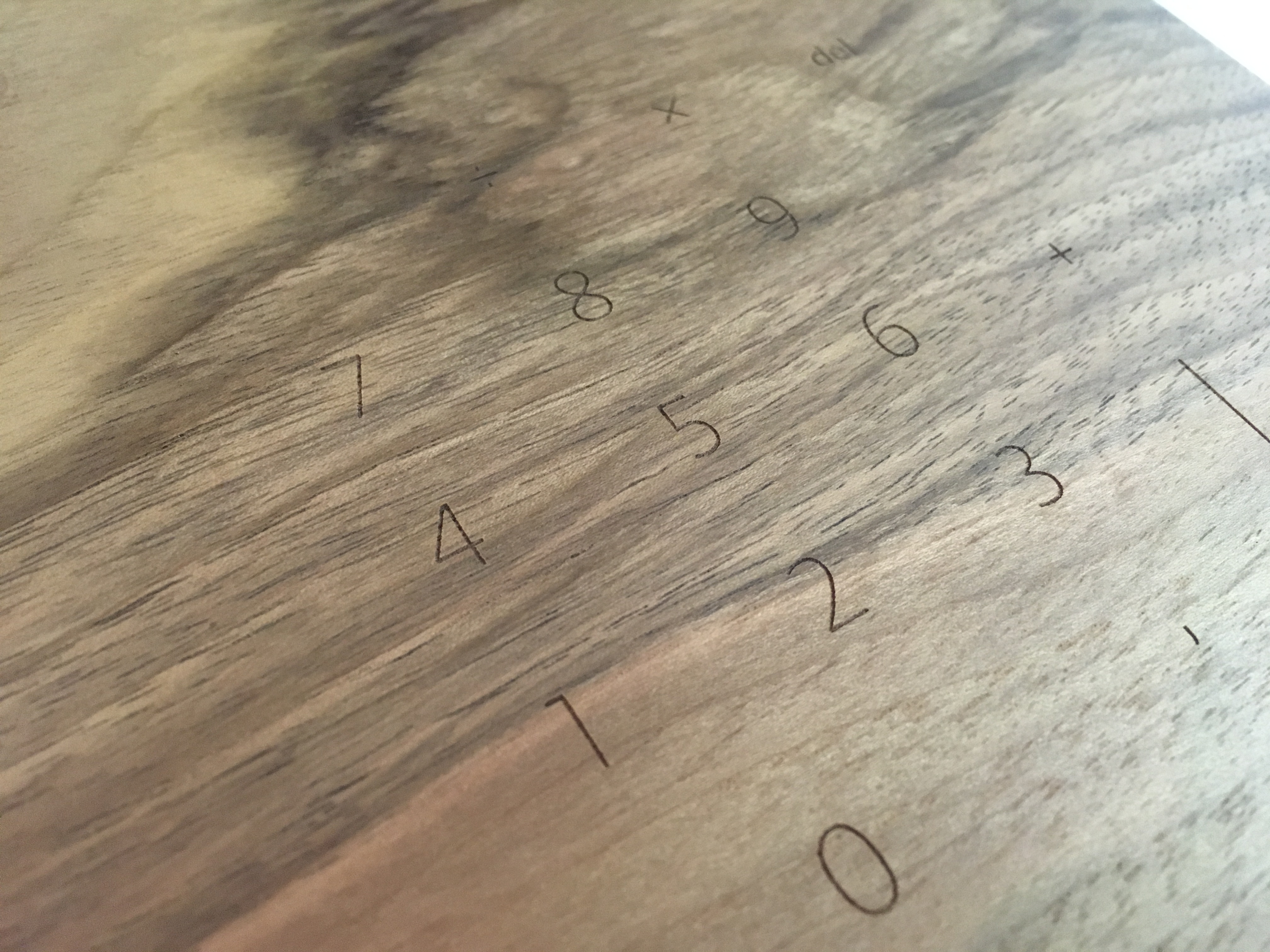 Wood signifies tradition, solidity and natural beauty, but these qualities are comically absent from computer peripherals made of it. Oree, a company out of France, set out to do better and have partially succeeded with their handsome keyboard and touchpad set.

Up close, the Oree gear looks much nicer than cheapo Amazon wooden keyboards. It's precisely cut, with seamless joins, Bluetooth, and none of the instant tattiness that afflicts bamboo once it gets knocked around. (There's also a matching dial peripheral, but I haven't tried it.)

The Oree keyboard comes in maple or walnut, with Windows and MacOS keycap options, and engravings for 22 different languages. Wireless pairing and battery life both met expectations; the keyboard charges via USB and the slab uses two AA batteries.

The legends are lasered into the wood, so wont rub off with wear.

How does it type? It's fine. It feels like standard rubber-dome switches under thick, distancing materials. For most people who type, it's probably better than the millimeter-travel chiclet keyboards in the newest MacBooks, but not quite as nice as say, a five-year-old MacBook Pro. It feels very similar to an old T- or P-series Lenovo keyboard. Soft and rubbery rather than hard and clicky. It's fine.

Given the high price, though, I feel at liberty to complain about details.

The keys' sharp (presumably laser-cut) edges mean that my fingers occasionally catch on them when brushing over the faces. It's not a big problem and will presumably go away as they're worn with use, but it's a slight discomfort I've not experienced on a keyboard before.

Also, they used a serif typeface (Bodoni?) for the keycap legends. It reaches for class, but it's an inappropriate choice and looks like a mistake.

It's as good as a cheapo Windows laptop trackpad, and larger, but if you've ever used an Apple one it'll be plainly impossible to go back to. Mine was uneven, as you can see in the video embedded above, necessitating the addition of rubber feet. It works fine in numpad mode, though, and the engraved hairline legends are very attractive — why wasn't the same style used for the keyboard?

Conclusion: Oree's desktop peripherals are the best wooden computer peripherals I've seen, but you're paying a substantial premium to get it and they're otherwise no better than the basics.