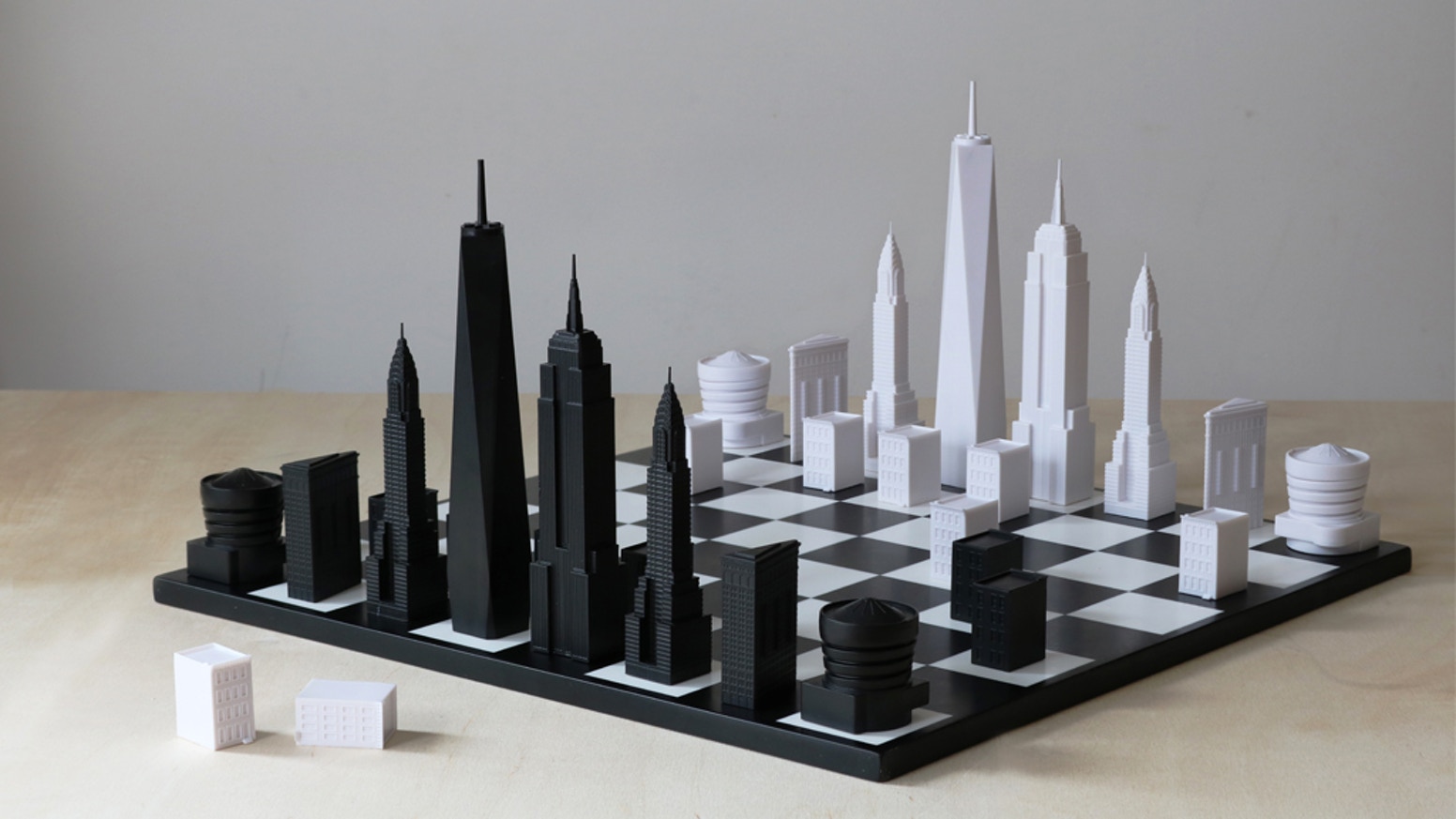 Skyline Chess is taking pre-orders for a set based on New York's most iconic buildings.

The concept was first conceived when we shared a flat together and would play chess in the evenings. The idea grew out of a conversation about whether we could replace the classic pieces with our favourite buildings. This led us to design and develop our first set, based on the skyline of our hometown, London.

I'm a Londoner, and have to admit the New York City one is much more attractive.

In this game of chess, black deploys the Sicilian Defence against 1: e4 to no avail, but follows adroitly with the Trash Talking Like An NPC Gambit. Will it be enough? The battle commences 40s in. Previously: Chess grandmaster takes on mouthy hustler

Turkish sculpture Necati Korkmaz makes tiny works of art, most of which can only be fully appreciated with a magnifying glass. His latest effort is a chess set smaller than a thumbtack. The board is 9 millimeters square and the pieces, around 1.5-3 millimeters in size, are moved with tiny sticks. Korkmaz hopes to be […]