How debate changes minds, no matter who wins 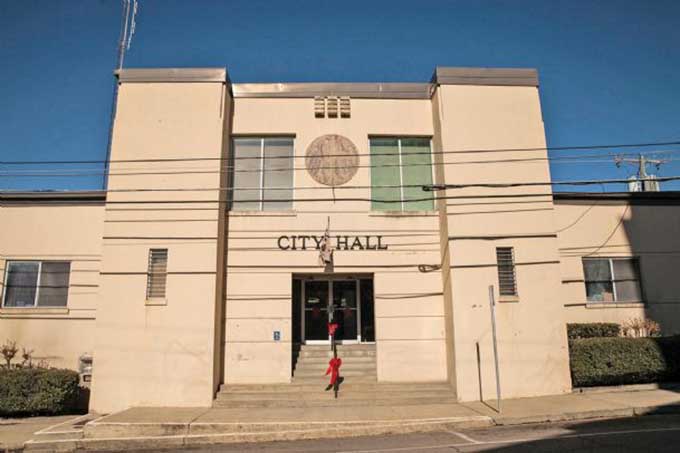 Parker Wiseman ran for student office in high school with photocopied flyers. He debated the public school system in social studies class. In college he took the courses and shook the hands that would help him join that peculiar Southern subculture of the embattled Mississippi Democrat, a pugnacious sort who plays darts and drinks whiskey while wearing penny loafers and forces smiles meant to fool no one. People close to Parker Wiseman were not surprised when, at the age of 28, he became the youngest mayor in Starkville history.

When I met him, he was deep into his second term, 34-years-old with bright blue eyes neatly obscured by thin-framed spectacles hugging a cleanly shaved head. I had to wait for the person before me to finish a meeting before I could take up time in his schedule, but when the door opened he traded off quickly and was all laughs and smirks as I unpacked my bag. In conversation, he moved between two poses, leaning forward with shoulders high and elbows planted wide so he could clasp his hands and focus when I was talking, and reclined in an unwound ease when he was answering, one arm propping him up so he could lean into the back the chair with his rear scooted to the forward edge of the seat and his feet as far apart as could be achieved with manners in dress slacks.

I wanted to meet Wiseman because he had concluded a long, difficult battle to bring social change to a city in the Deep South, to Mississippi, one that made national headlines.

In January of 2013, under Wiseman’s leadership, the Starkville Board of Alderman proposed a 208-word “Resolution Supporting Equality.” It stated the city would henceforth make it public policy to prevent discrimination in Starkville.

In the text, the Resolution established that the City, as a whole, believed diversity was critical to the success of its community. It deepened the bonds between neighbors, they said, in addition to stimulating job growth. Despite this, the Resolution continued, the city realized that discrimination on the basis of “race, color, religion, national origin, sex, gender identity and expression, age, marital status, sexual orientation, familial status, veteran’s status, disability, and source of income” persisted, not just in Starkville, but across the world, and with that in mind, the City declared such behavior was “anathema to the public policy of the City.”

Wiseman recalled it seemed like a simple and uncontroversial idea at the time, and it passed without much discussion. The Board didn’t linger on its implications and soon moved on the tedium of sewer lines and traffic lights and the usual business required to keep a small city running and its residents happy.

No city in Mississippi had ever included sexual orientation or gender identity in such a resolution, a fact that the Human Rights Campaign pointed out in its blitz of publicity after the measure passed. In one release, they wrote, “This is the first time any municipality in Mississippi has recognized the dignity of its LGBT residents,” and the president of the HRC, Chad Griffin, personally thanked the city.

A flurry of media attention followed with TV stations, newspapers, and LGBT organizations producing state and national headlines, some entertaining the notion that Mississippi might be changing its mind faster than other parts of the country usually thought of as being considerably more progressive, and others expressing awe at a declaration of tolerance within a state synonymous with bigotry. Within a month, a town to the south, Hattiesburg, passed a similar resolution, and seven more cities would follow. Each time, Wiseman recalled, Starkville was mentioned.

“Of course,” Wiseman told me, “things went sideways later in the year.”

The pushback started with one of the more conservative aldermen who proposed repealing the resolution once the glow of the publicity began to fade. At first, the alderman couldn’t get get any traction, and the backlash may have ended there, but Wiseman decided he wanted to push for more change by proposing a measure that would allow employees of the city to extend their insurance coverage to domestic partners, including partners of the same sex. For many in the community, especially those who had bit their tongues concerning the anti-discrimination resolution, this crossed the line. Wiseman told me that when the HRC publicized the fact that this would potentially allow insurance coverage for gay couples within the city it became an explosive political event.

“I wish I could tell you exactly why that’s when everything exploded,” said Wiseman. “I can’t. We could probably spend the next couple of hours analyzing all the different reasons, but that was the point that I would say communication in the public square about LGBT issues began in earnest.”

In this episode, you’ll hear that debate unfold as we spend time in Starkville exploring the value of argumentation and conversation in the process of change, progress, and understanding our basic humanity.

Are you hiring? Do you know where to post your job to find the best candidates? Posting your job in one place isn’t enough to find quality candidates. If you want to find the perfect hire, you need to post your job on ALL the top job sites — and now you
can. With ZipRecruiter.com, you can post your job to 200 plus job sites, including social media networks like Facebook and Twitter – all with a single click. Right now, my listeners can post jobs on ZipRecruiter for free by going to
ziprecruiter.com/notsosmart.

Wiseman reflects on time in office, staff commend his leadership and guidance

Baby born on an airplane over Alaska named 'Sky' by mom

A baby boy born on an airplane that was taking mom to a hospital in Anchorage was named ‘Sky’ by mom. Chrystal Hicks was 35 weeks pregnant when she gave birth to Sky Airon Hicks on August 5 around 1 AM after mom boarded a plane to take her from the small community of Glennallen, […]

Woman receives her ID card with photo of an empty chair

Jade Dodd of Tennessee renewed her license online, and when she received it last week, was surprised to discover that the photo wasn’t her, but rather an image of an empty chair. “The lady at the DMV did not really believe me when I was like ‘hey, I need my license fixed,’” Dodd told local […]