It's fun to watch this specialized truck build a tunnel 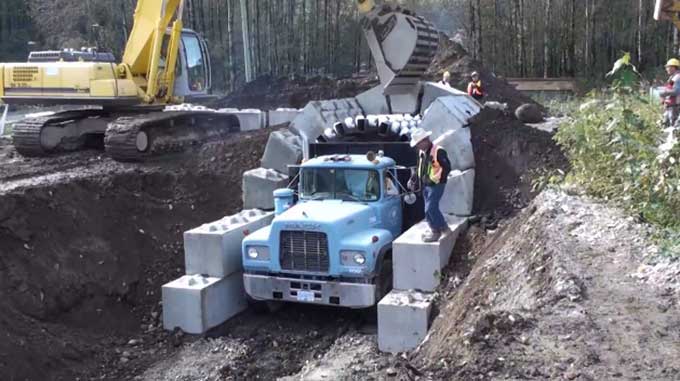 This truck supports pieces of a tunnel arch as they are lowered from a crane. The body of the truck is covered with rollers so it can drive out of the tunnel and let the pieces fall into place.

You’ve probably seen this triangle before: Fast, Cheap, Good — Pick Two. Here’s a new bridge-building technique from Austria that seems to allow the customer to get a bridge that’s faster, cheaper, better than traditional bridges. From Popular Mechanics: The umbrella method is a completely new way to construct a static final bridge. This TU […]

Where there’s a will… It took just 8 days for China to build a large new hospital in Wuhan specifically to care for coronavirus patients. Another one is under construction. From The Guardian: Construction work started on the Huoshenshan hospital on 23 January and finished eight days later, a day short of breaking their own […]